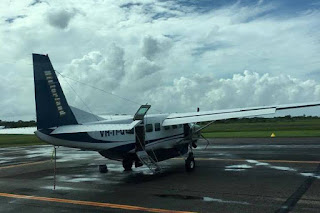 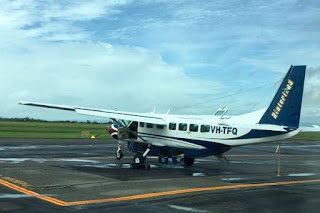 On Thursday 23 March, VH-TFQ was then noted operating a nearly five-hour flight out of Mackay Airport out to sea and back.  It is possible that VH-TFQ was involved with an aerial survey of the Great Barrier Reef as has happened on previous occasions.

On Friday 24 March, VH-TFQ is pictured preparing for departure back to Townsville and then Cairns.

During its visit to the Sugar City, VH-TFQ was using the flight number and callsign of HND411.