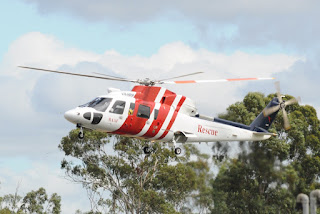 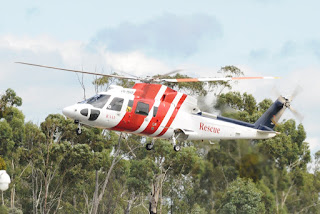 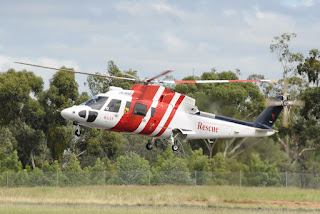 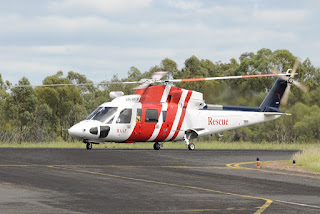 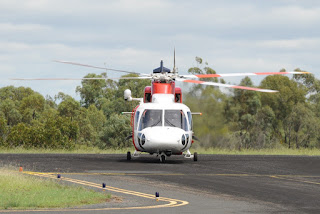 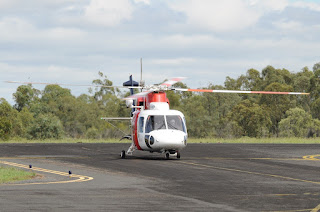 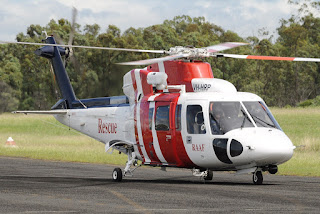 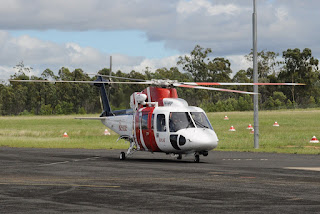 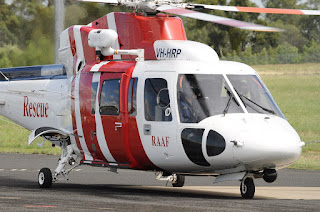 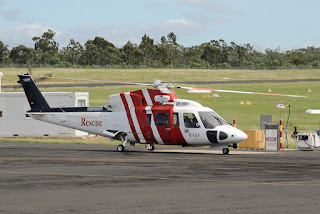 After taking on fuel, VH-HRP departed Clermont for Biloela / Thangool Airport.  It then continued to RAAF Base Amberley.

It appears that VH-HRP was returning South from Townsville where it provided support during an abridged running of the RAAF's Exercise Black Dagger.

Exercise Black Dagger is the culmination of Number 58 Joint Terminal Attack Controller (JTAC) course designed to produce combat ready, certified  JTAC personnel.  It is a field training exercise that was planned to be held at RAAF Base Townsville and surrounding airspace. 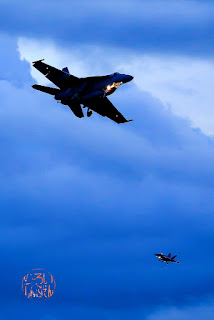 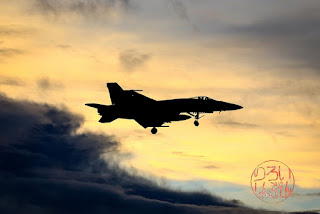 I suspect that VH-HRP flew South from Townsville via a more 'inland' route due to the 'coastal' route being affected by the looming severe Tropical Cyclone Debbie.

As we mentioned below, VH-HRP was again heard to be using the new radio callsign of "Choppa 42" - I've been told that this and other RAAF Rescue helicopters have now starting using new callsigns featuring two-numbers rather than one.

Of interest, all eight of the US Navy Hornets have also 'escaped' from Townsville, also flying South to Amberley over the weekend.