Back in CQ once again on Monday 20 March was the Avcair (Earth Commodities) Cessna 550 Citation Bravo bizjet VH-CCJ.  It flew North from Brisbane and touched down at Gladstone Airport where it remained parked on a rain-soaked apron for most of the day. 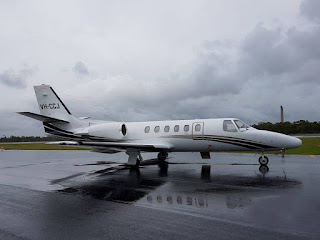 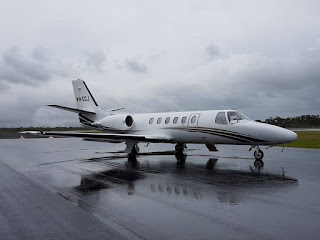 During the middle part of the afternoon, VH-CCJ returned to Brisbane.

Also spotted visiting Gladstone Airport on Monday 20 March was RACQ LifeFlight Agusta Westland AW139 VH-XIH which flew in from the South as "Rescue 533". 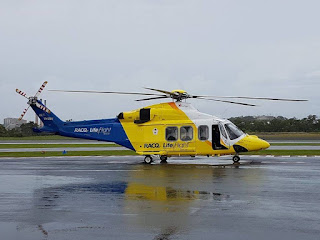 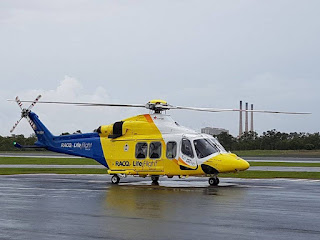 Flight tracking websites suggest that VH-XIH may have flown into Bundaberg Airport before continuing to Gladstone Hospital.  I presume it then positioned over to Gladstone Airport to take on fuel before returning South to Brisbane.

Finally, an interesting visitor in the form of Cairns-based Cessna 182 VH-IFJ flew into Gladstone Airport from there on Saturday 18 March.  It departed to Bathurst (New South Wales) on Sunday 19 March.  The Skylane is operated by Hinterland Aviation but has also been operated by the North Queensland Aero Club.