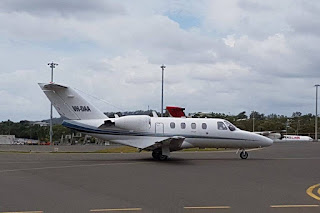 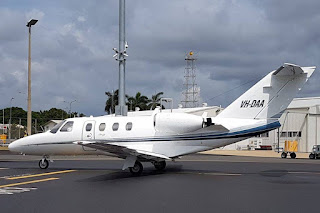 After a couple of hours on the ground, VH-DAA departed Gladstone for Mackay Airport, via what appeared to be a 'pass' over the Shoalwater Bay Training Area (SWBTA) North of Rockhampton.

It is still believed to be parked at Mackay Airport.

Finally, Brisbane-based Cessna 525A CitationJet2 bizjet VH-MOR was noted calling into Emerald Airport from Archerfield and Goondiwindi.  It headed across to Rockhampton Airport during the late afternoon and appears to be spending the night parked in the beef capital.