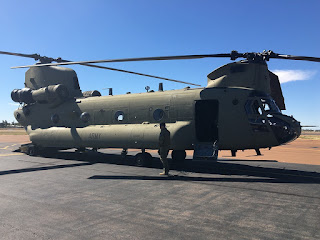 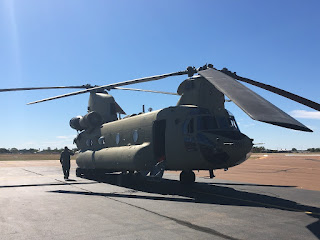 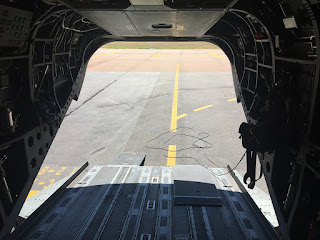 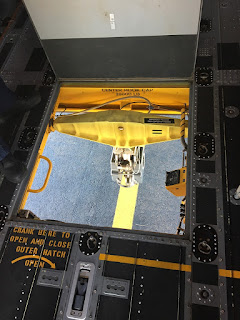 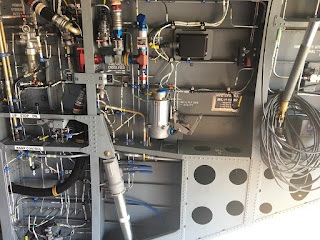 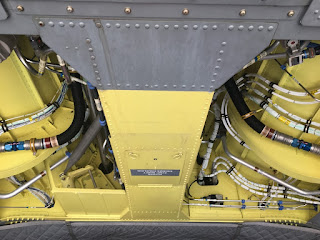 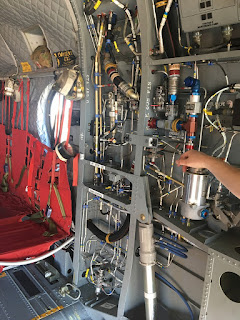 Local plane spotter Calen H was on hand and captured some great photos as the twin-engine, tandem rotor heavy-lift Chinook helicopter, which is operated by the Australian Army's 5th Aviation Regiment (5 Avn Regt) 'C' Squadron based at Townsville, touched down from Blackall on what was reportedly a navigational test flight that originated at Townsville. 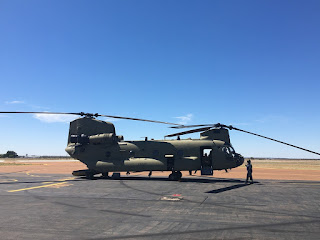 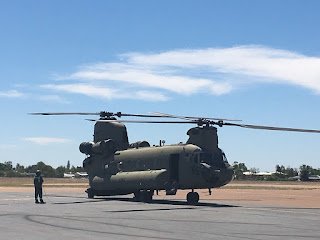 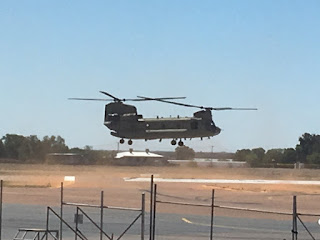 After taking on fuel, the Chinook later departed home to Townsville.

All photos taken by Calen Harvey  ©
Posted by Damian F at 8:05 PM