Another nice visitor to CQ this week with American registered Bombardier BD-700-1A10 Global Express bizjet N59GX touching down at Rockhampton Airport during the morning on Friday 24 November. 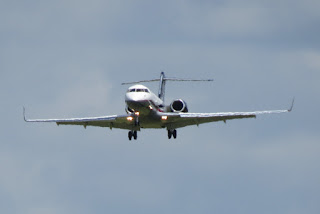 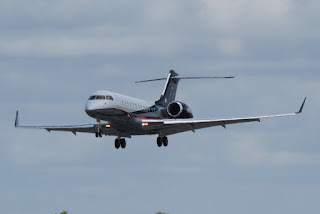 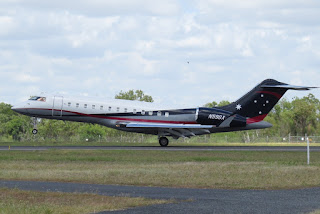 The attractive bizjet was photographed arriving into the beef capital from the Sunshine Coast. 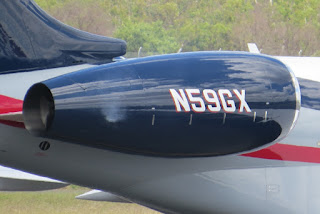 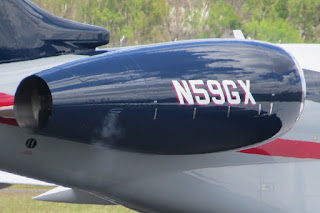 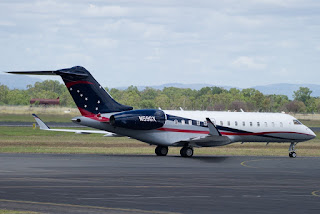 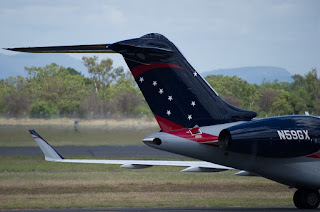 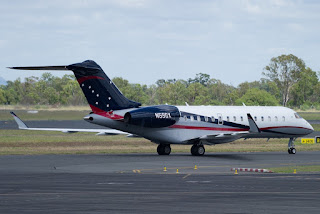 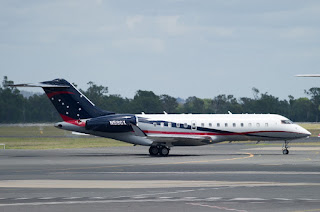 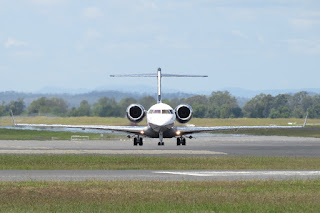 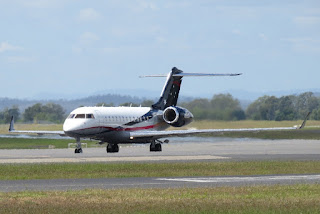 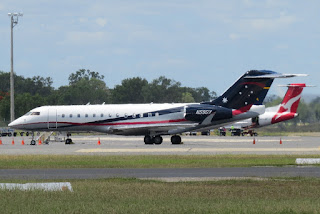 After a few hours on the ground, N59GX departed Rockhampton Airport returning to the Sunshine Coast via a low-level sight-seeing diversion from near Bundaberg down the coast East of Fraser Island back to the Sunny Coast.

Meanwhile, also arriving into Rockhampton on Friday 24 November was the familiar sight of Gulf Coast Aviation Cessna 510 Citation Mustang bizjet VH-KXM which arrived from Archerfield.  It was photographed later departing for Bankstown. 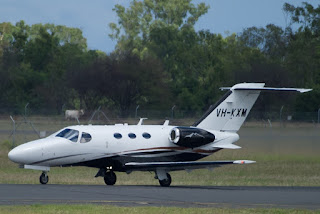 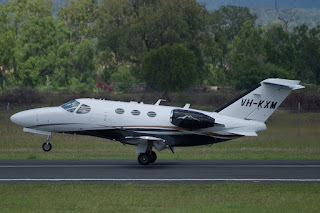 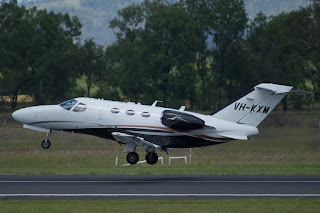 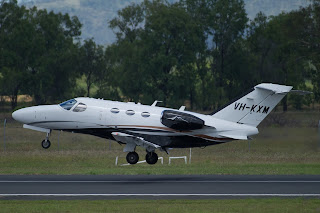 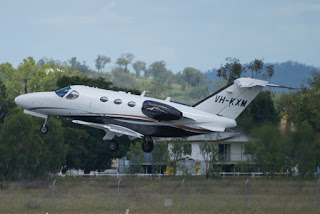 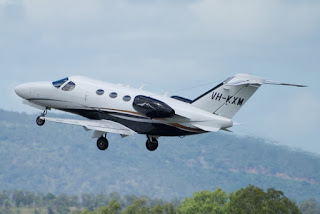 Finally, on Thursday 23 November, it is believed that Gulf Aircraft Cessna 680 Citation Sovereign bizjet VH-PYN popped into Mackay Airport.  It is believed to have called in from Townsville and was later noted departing Mackay Airport for the South.

Sincere thanks to the Rockhampton plane spotters for sending through these great photos of a great bizjet visitor to CQ!