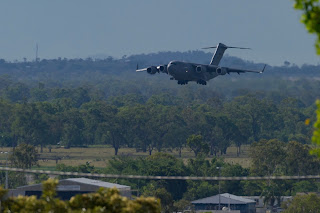 The massive transport aircraft was a very pleasant surprise and appeared to fly into Rocky from the North-West.  After completing the 'touch-and-go' on Runway 15 at Rockhampton Airport, the CC-177, which was flying as 'CFC3634'/"Canforce 3634", departed back to RAAF Base Amberley where it looked to arrive from overseas earlier in the week. 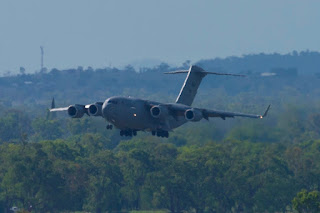 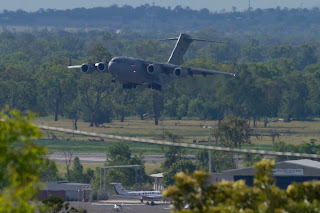 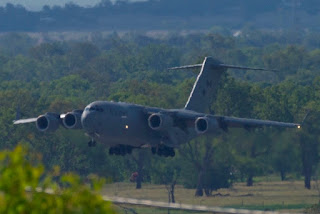 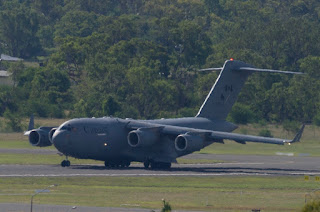 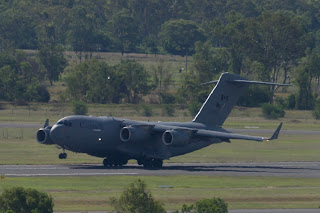 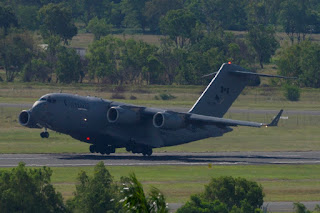 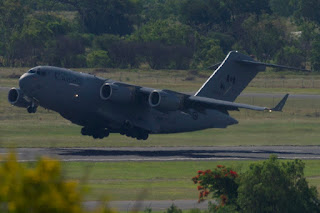 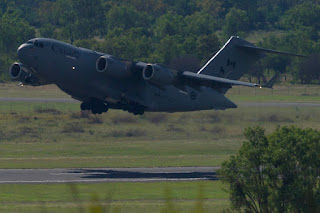 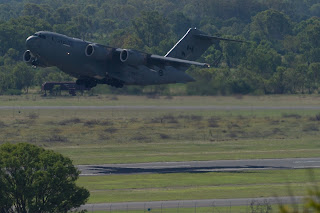 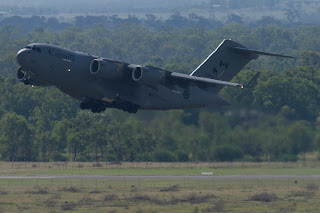 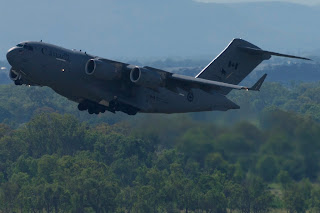 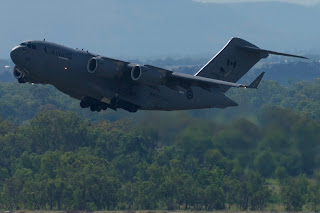 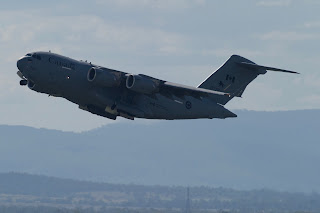 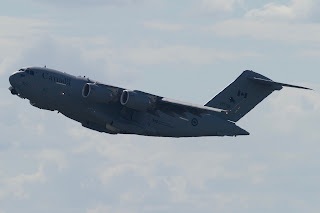 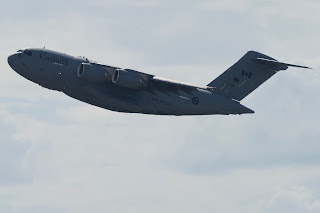 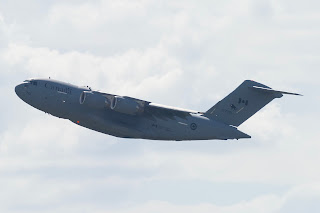 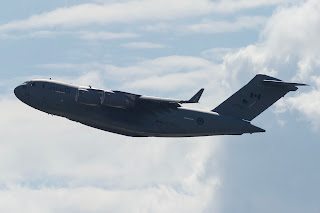 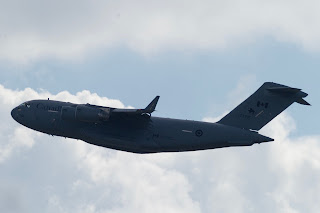 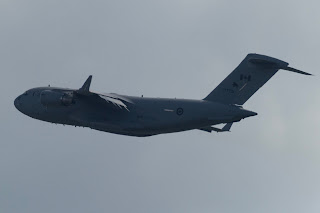 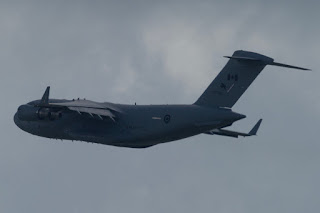 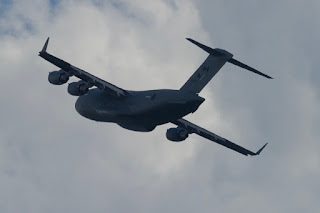 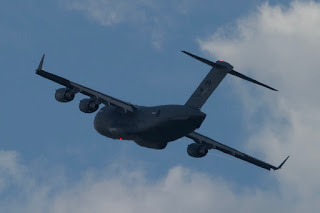 Of interest, the CC-177 is flown by 429 Transport Squadron of the Royal Canadian Air Force (RCAF) / Canadian Armed Forces attached to CFB Trenton in Trenton, Ontario.

A fantastic visitor to Central Queensland, and we sincerely thank local plane spotter Daniel B who was at the right place at the right time to capture these great photos!

All photos taken by Daniel Bishop  ©
Posted by Damian F at 8:39 PM