After a few false starts, the most recently delivered Alliance Airlines Fokker F-70 jet registered VH-NKQ has finally entered service and visited CQ for the first time last Monday 6 November making the late evening arrival into Emerald Airport as UTY4078 on the twice-weekly Fly-in Fly-out (FIFO) charter from Brisbane and the Sunshine Coast.  It returned to Emerald Airport at other times during the week, as well as Gladstone Airport on Wednesday 8 November on the scheduled VOZ2911/2910 service from and back to Brisbane on behalf of Virgin Australia. 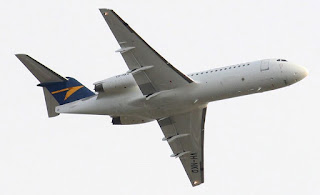 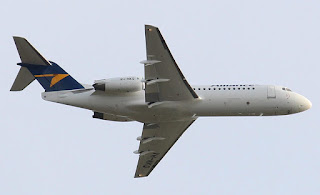 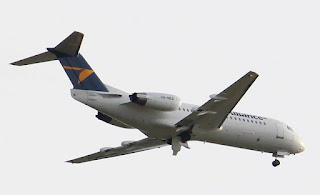 VH-NKQ was delivered to Alliance Airlines in Brisbane from Kupang (Indonesia) on Wednesday 11 October.  It was registered to the airline in July 2016 and previously operated as OE-LFR with Austrian Airlines since 1996.

Meanwhile, only just over a week after being delivered to the airline, Alliance Airlines Fokker F-100 VH-UQD has also entered service, operating the UTY880/881 FIFO charter flight into Trepell from and back to Brisbane last Thursday 9 November. 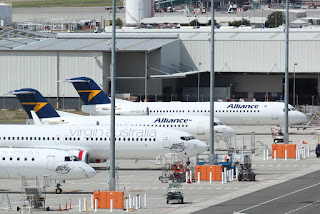 It is pictured above at Brisbane Airport also on Sunday 12 November.  We await its first visit into CQ - most likely to Rockhampton Airport!

VH-UQD was only delivered to Alliance Airlines in Brisbane from Kupang on Monday 30 October.  It was recently registered to the airline and previously also operated for Austrian Airlines but as OE-LVO.

Sincere thanks to local plane spotters Greg W in Emerald and Lloyd F in Brisbane for allowing us to share these great photos!