After looking to complete its duties in support of the Australian Army's Exercise Diamond Run, on Friday 10 November, Royal Australian Air Force (RAAF) Search and Rescue (SAR) Bell 412EP helicopter VH-VAA departed the Shoalwater Bay Training Area (SWBTA) and touched down at Rockhampton Airport where it will reportedly be parked for the weekend. 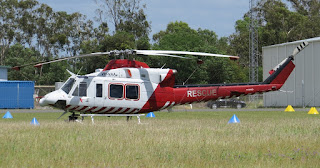 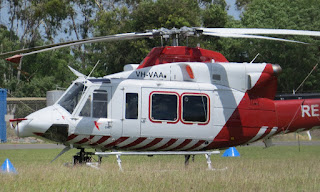 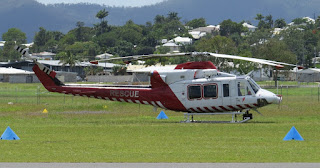 VH-VAA is owned by Lloyd Helicopters and operated by CHC Helicopters Australia for the RAAF and has been noted using the RAAF Support radio callsign of "Choppa 82".

Of interest, on Sunday 5 November, VH-VAA "Choppa 82" was noted completing a med-evac flight from Shoalwater Bay direct to the Rockhampton Base Hospital.  After refuelling, it returned to the Bay.