A big day for Royal Australian Air Force (RAAF) movements around Central Queensland on Thursday 2 November with various transport and passenger aircraft noted and spotted coming and going at various CQ Airports on both training and passenger transport flights. 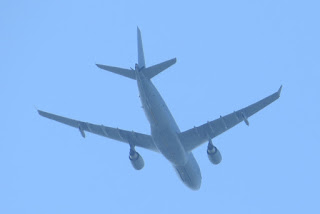 Most action seemed to be centred on Rockhampton where a pair of RAAF Airbus A330-203 / KC-30A Multi Role Tanker Transport (MRTT) aircraft both landed and completed a missed approach during the middle part of the afternoon.

A39-004 "Dragon 35" flew North from RAAF Base Amberley and landed at Rockhampton Airport for a short time.  After 're-programming', it then departed Rocky and returned to Amberley.  Of interest, the KC-30 was also reportedly working on air-to-air refuelling with other RAAF aircraft earlier in the day and during this week.

Around an hour later, A39-001 "Dragon 36" also flew up from Amberley to Rocky and completed a missed approach onto Runway 15 at Rockhampton Airport. 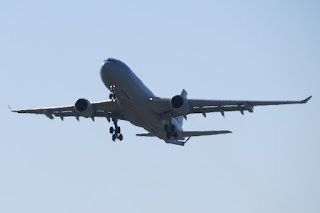 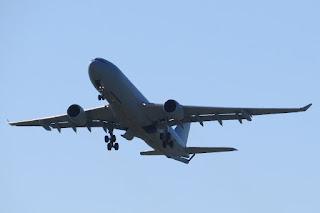 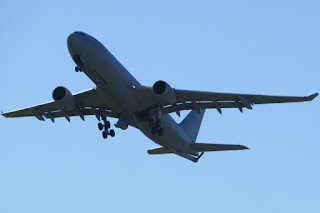 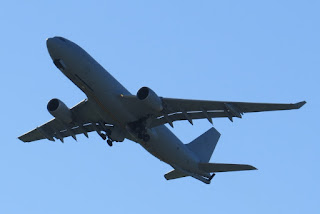 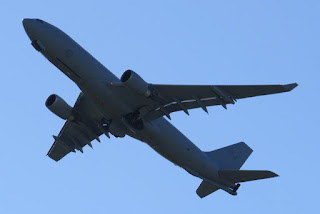 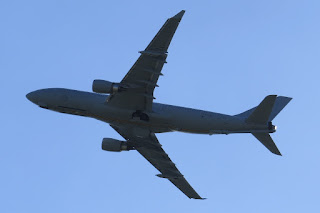 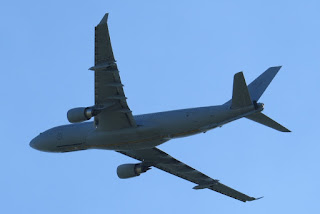 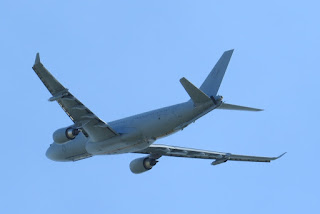 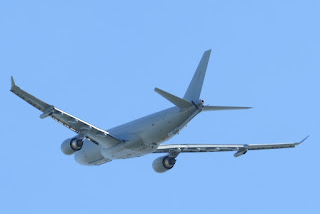 The KC-30 then continued North to Townsville before later returning to Amberley.

Also at Rocky, as the sun was setting, RAAF Boeing B737-7ES / E-7A Wedgetail Airborne Early Warning & Control (AEW&C) aircraft A30-003 "Wedgetail 20" flew up from the South and was spotted on short final to Runway 33 at Rockhampton Airport. 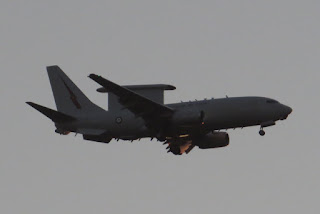 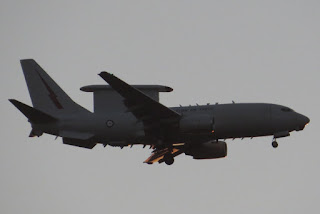 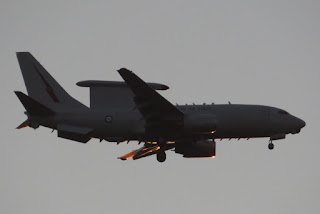 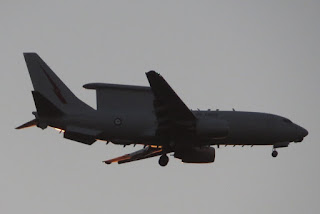 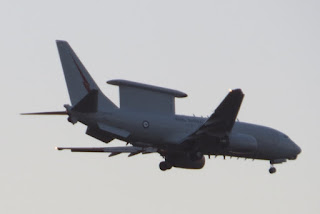 It completed a missed approach and returned to the South.

Finally, it's worth mentioning that on Wednesday 1 November, RAAF Boeing C-17A Globemaster III transport aircraft A41-209 was back at Rockhampton Airport, arriving back from Townsville again as "Stallion 72".  It is pictured taxiing out and then departing back to Amberley. 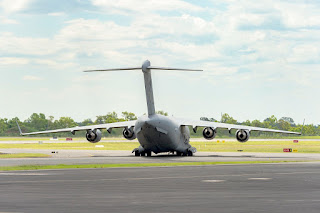 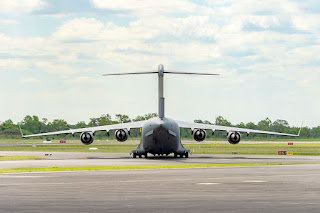 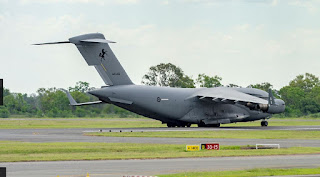 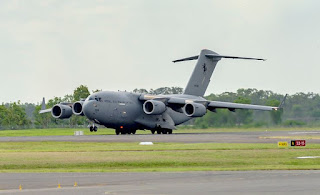 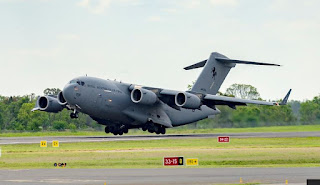 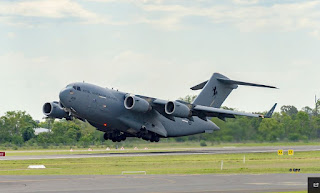 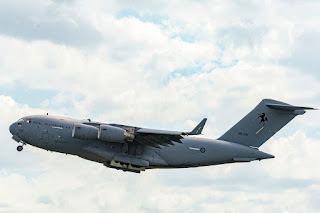 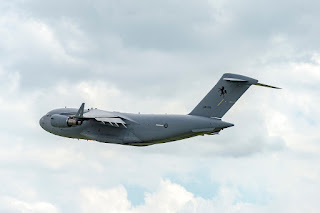 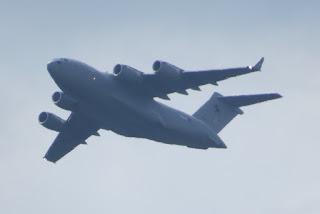 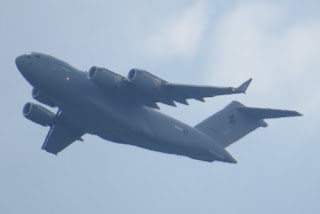 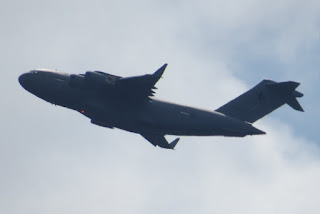 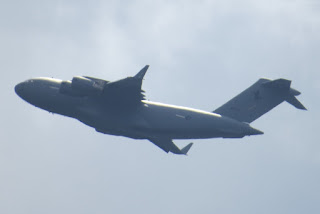 Meanwhile, earlier in the day on Thursday 2 November, RAAF Canadair CL-600-2B16 Challenger 604 bizjet A37-001 "Regent 48" looked to fly into Emerald Airport from Townsville.  It later departed to the South.

Finally, one other RAAF Beech B350 Super King Air A32-349 "Torch 28" called into Mackay Airport from Townsville.  It later departed Mackay Airport for airwork at Bundaberg and parts West before it flew South to parts unknown.