Back in CQ once again on Monday 6 November was the Avcair (Earth Commodities) Cessna 550 Citation Bravo bizjet VH-CCJ.  It flew North from Brisbane and touched down at Gladstone Airport briefly before continuing North to Mackay Airport where it was spotted parked on the Western General Aviation Apron (WGA). 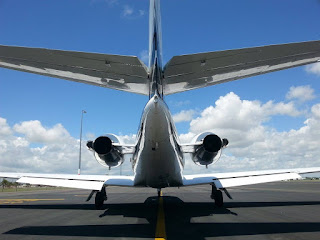 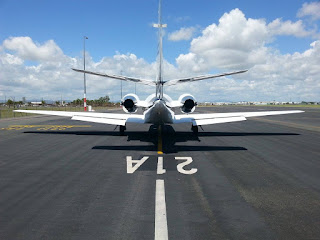 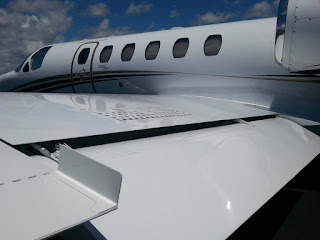 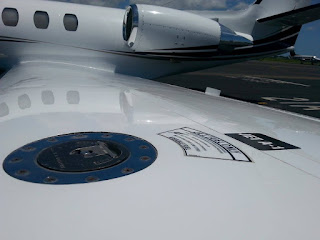 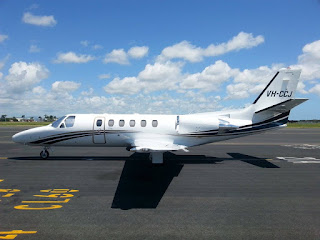 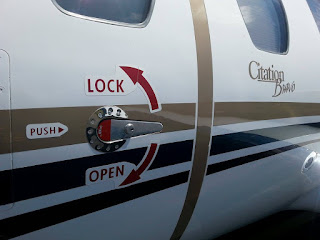 UPDATE!  As per its previous visits to CQ, VH-CCJ departed Gladstone Airport for Bundaberg Airport early on Tuesday 7 November.  It then returned to Brisbane before heading to Melbourne (Essendon) later in the day.

While Mitchell Water Australia Cessna 525 Citation M2 bizjet VH-WMY was noted departing Hamilton Island Airport for Melbourne (Moorabbin) also on Monday 6 November.  It had arrived there on Sunday 5 November after a busy day of flying which saw it depart Moorabbin for Yarrawonga, the Gold Coast and the Sunshine Coast before it then flew into Hamo.

Elsewhere in CQ, also on Monday 6 November, Machjet (Machjet International) Cessna 525 Citation CJ1 bizjet VH-SIY was noted departing Biloela /Thangool Airport for the Sunshine Coast.  It appeared to have arrived from its Sunshine Coast Airport base a little earlier in the day.  While over the weekend, it appears that VH-SIY visited my local airport with it noted arriving into Clermont Aerodrome from the Sunshine Coast on Friday 3 November.  VH-SIY then returned to the Sunny Coast on Sunday 5 November.

Finally, arriving 'home' to Mackay Airport on Sunday 5 November was locally-based Embraer EMB-550 Legacy 500 bizjet N142GZ.  It touched down from the Gold Coast.  It had flown to there from Mackay Airport on Friday 3 November.