On Friday 24 November, it was interesting to note that two Australian Army NH Industries MRH-90 Multi-Role Helicopters both called into Rockhampton Airport both using the same radio callsign of "Warhorse 77". 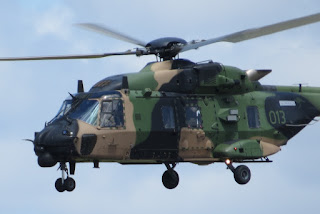 During the morning, A40-013 was spotted departing Rocky for Brisbane.  It had earlier arrived from Townsville. 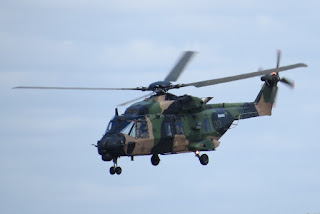 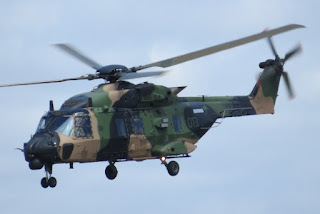 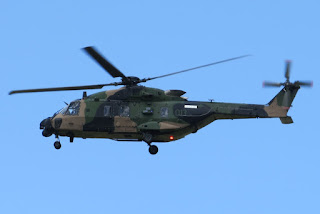 While later in the day, A40-011 popped into Rockhampton Airport from Brisbane.  It later departed to Townsville.

All photos taken by Kayanne Hardsman  ©
Posted by Damian F at 9:32 PM