On Wednesday 17 February, AAA Aircraft / Flight Options (Australia) Cessna 550 Citation II Bravo bizjet VH-HVM was photographed as it arrived into Emerald Airport.  It looked to fly up from its Sunshine Coast base. 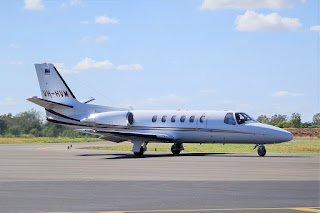 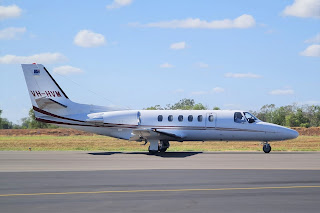 At the time of writing, it appears that VH-HVM is staying at Emerald Airport for at least the night.
Meanwhile, also spotted at Emerald Airport, also on Wednesday 17 February, was General Aviation Maintenance (GAM)  Aero Commander 680-FL VH-UJA.  It looked to arrive late on Tuesday 16 February from its Melbourne (Essendon) base via Walgett. 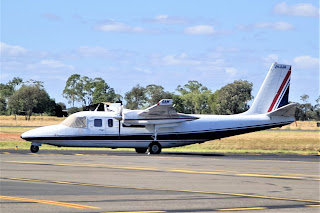 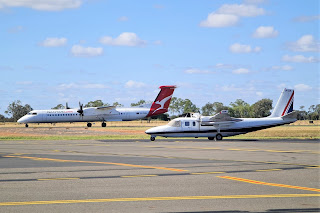 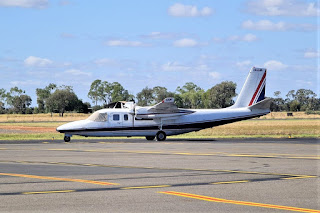 Later on Wednesday, VH-UJA departed Emerald Airport and returned to Walgett and then Essendon.
Certainly a nice pair of interesting visitors!
All photos taken by 'AC'  ©
Posted by Damian F at 9:27 PM