A nice visitor to be noted calling into Charleville Airport on Monday 8 February was new Textron Aviation (Cessna) 208B Grand Caravan EX N893WY. 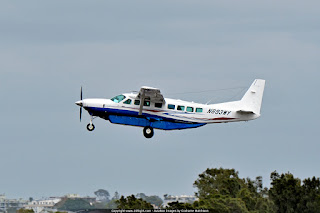 It arrived direct from Sydney Airport where it is picture above.  N893WY took on fuel and then departed Charleville Airport for Mount Isa where it is spending the night.  It is expected to continue to Darwin on Tuesday 9 February.

N893WY had arrived into Sydney from Auckland, New Zealand at the end of last week in company with another new Textron Aviation (Cessna) 208B Grand Caravan EX N561PE. They are both pictured below soon after arriving into the Sydney. 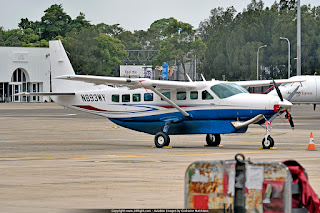 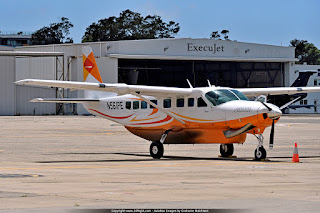 Both Caravans were reportedly due for delivery to Hardy Aviation in Northern Territory, however it appears that N561PE made the short hop on Friday 5 February from Sydney to Bankstown where it has since remained.
Sincere thanks to Sydney-based specialist aviation photographer Grahame Hutchison for allowing us to share these great photos of these nice new Caravans!

All photos taken by Grahame Hutchison  ©
Posted by Damian F at 9:28 PM