On Thursday 18 February, AAA Aircraft / Flight Options (Australia) Cessna 550 Citation II Bravo bizjet VH-HVM was photographed by me arriving into my local Clermont Aerodrome. It completed the short hop up from Emerald Airport where it had arrived the previous day - see Blog post below! 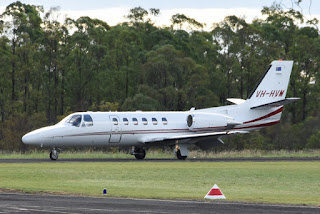 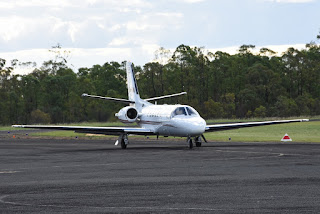 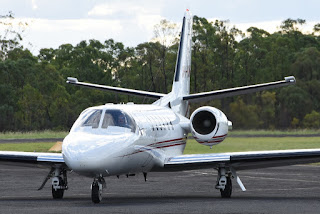 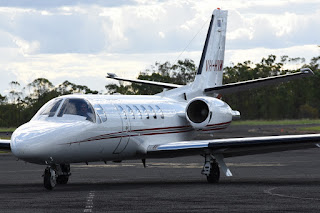 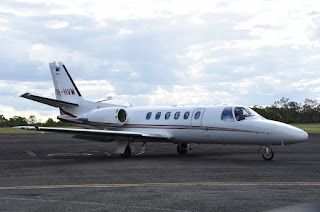 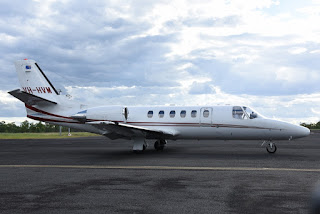 VH-HVM came to town to collect passengers from Hinterland Aviation Cessna 208 Caravan VH-LZK which arrived from Rockhampton Airport and the Labona Station Airstrip within Adani Australia's (Bravus Mining & Resources) Carmichael Coal Mine as HND350/351. VH-LZK then returned to Rocky.

VH-LZK was spotted by me at Clermont Aerodrome earlier on Thursday 18 February as it made an early departure to Labona as HND3101. It had earlier arrived from Rockhampton Airport but as HND310. 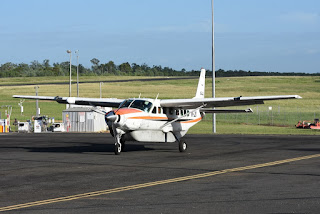 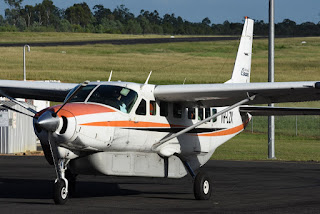 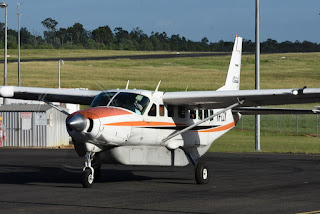 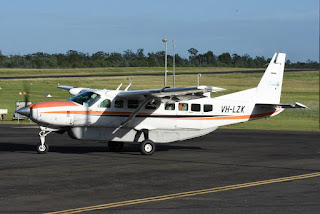 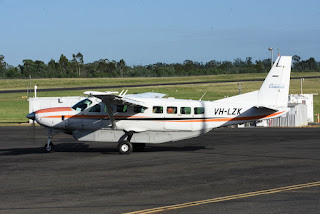 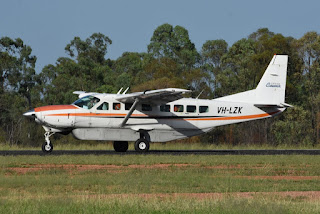 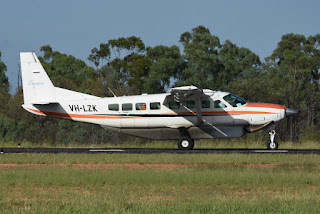 Meanwhile, also noted visiting my local Clermont Aerodrome, also on Thursday 18 February, was Redjet Aviation Piper PA-31 Navajo VH-PJU. It looked to arrive from and then later depart back to its Toowoomba base.

Finally, as mentioned below, also at Clermont Aerodrome but much earlier on Thursday 18 February, Brescon (Toowoomba) Beech B200 King Air VH-WXN departed back to Toowoomba-Wellcamp after arriving from there the previous day - see Blog post below!
Posted by Damian F at 9:32 PM