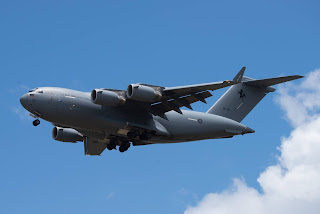 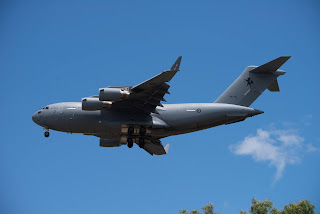 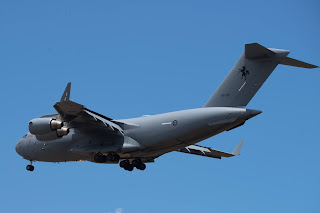 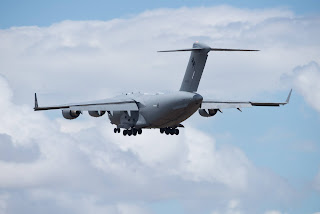 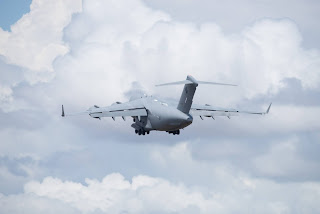 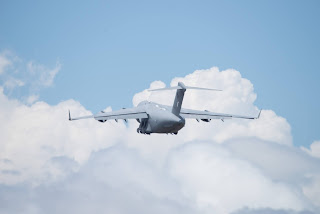 A41-210 looked to depart RAAF Base Amberley flew straight up to Rocky. After completing the missed approach, the C-17 then continued up To complete missed approaches at Mackay and Townsville Airports before it then returned to Amberley.

Meanwhile, also on Thursday 4 February, RAAF Alenia C-27J Spartan transport aircraft A34-003 "Wallaby 16" was noted visiting Bundaberg Airport on what has been reported to be a training flight.

It arrived from and later departed back to Amberley.

All photos taken by Scott Harris  ©️
Posted by Damian F at 9:42 PM