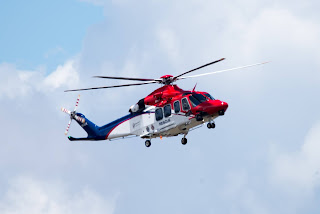 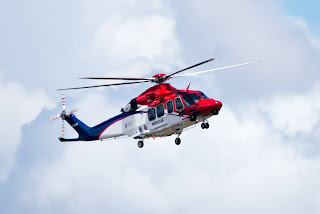 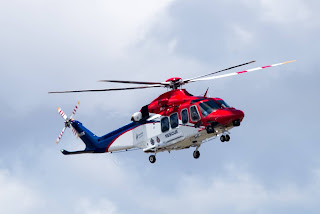 VH-EGK flew South to the South-East corner of the state in December 2021 and has seemingly now ferried North to Townsville to replace one of the Far North Queensland based rescue helicopters.

As posted below, on Tuesday 2 February, fellow Queensland Government (QGAir) Rescue (State of Queensland) Agusta AW139 helicopter VH-EZJ was spotted arriving into Rockhampton Airport as it ferried South from Cairns and Townsville to Archerfield.
Sincere thanks to local plane spotter Scott H for taking the time to capture and send through these great photos!
All photos taken by Scott Harris  ©️
Posted by Damian F at 9:35 PM