The run of visiting military helicopters into Central Queensland has continued yet again - and in spectacular fashion with a trio of Australian Army NH Industries MRH-90 Multi-Role Helicopters spotted passing through Rockhampton Airport on Monday 12 March. 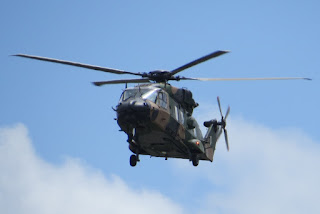 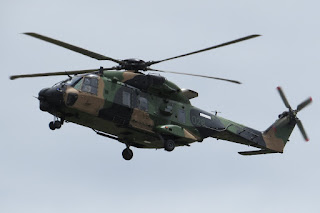 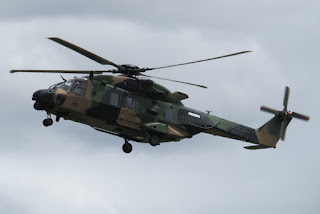 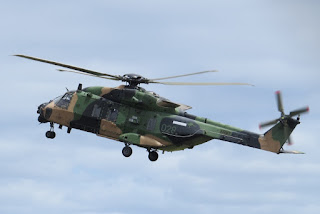 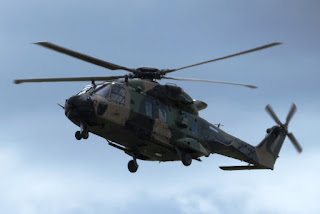 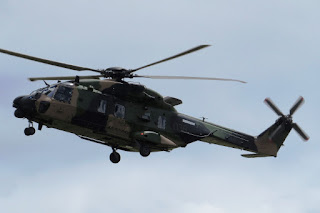 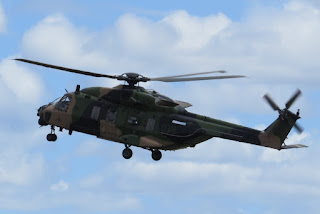 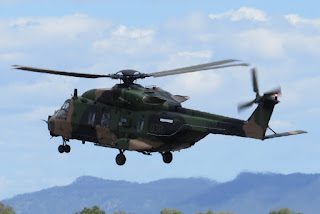 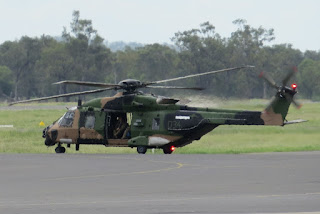 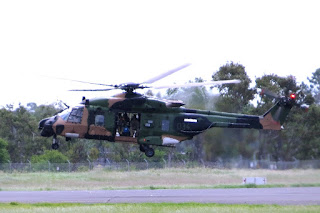 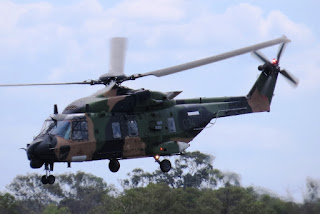 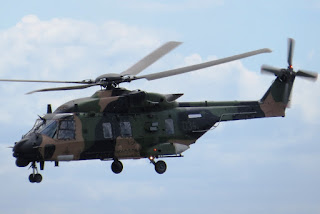 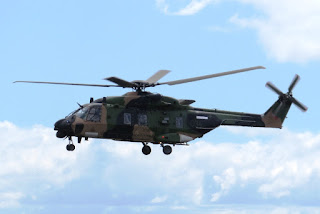 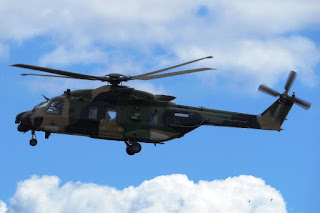 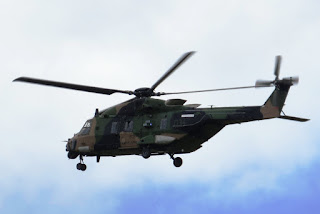 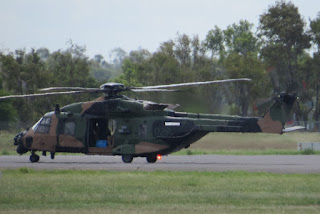 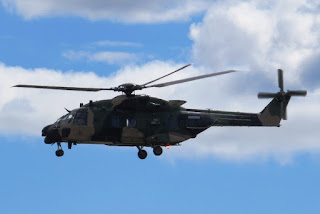 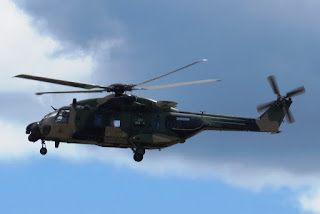 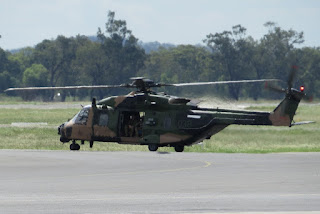 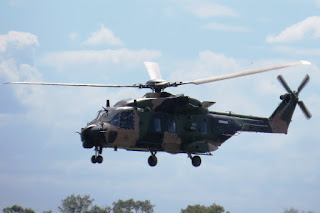 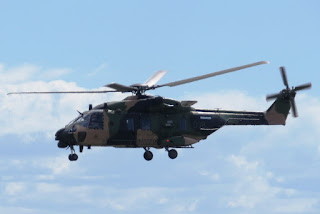 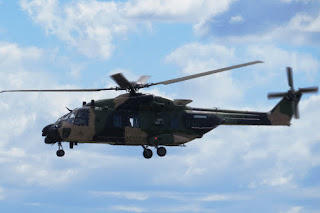 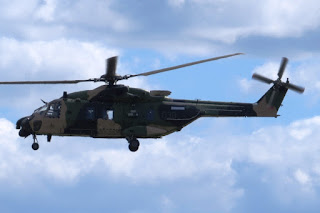 After refuelling, all three MRH-90s departed to RAAF Base Amberley.

It is believed that A40-034 "Warhorse 77" departed Rocky via Gladstone and Bundaberg where it appeared to complete a missed approach at Bundaberg Airport before it continued to Amberley.  However, closer to the South-East corner, it was heard to make a "PAN" call and diverted to the Sunshine Coast.

All photos taken by Kayanne Hardsman  ©
Posted by Damian F at 8:36 PM