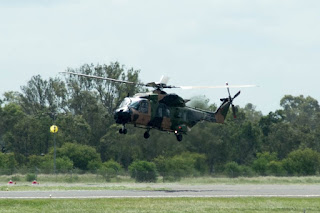 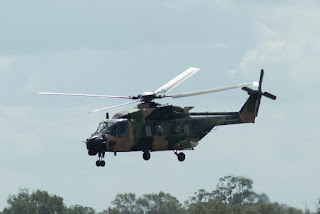 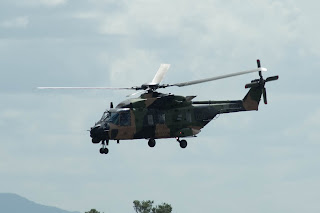 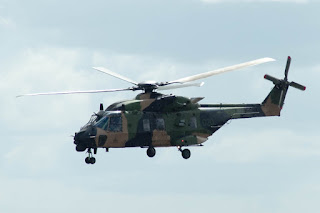 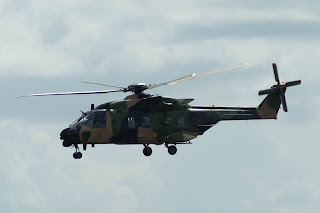 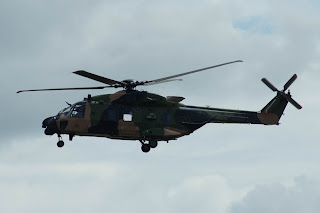 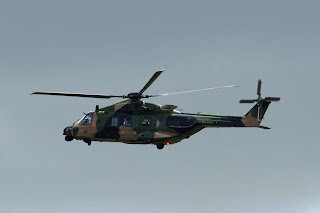 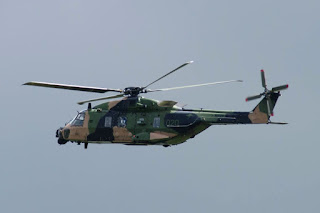 It was interesting to note that A40-020 was using the same radio callsign of "Pegasus 88" which Australian Army MRH-90 A40-032 used as it flew South to Brisbane on Tuesday 6 March - see Blog post below.

It appears the MRH-90 helicopters are flying to the Airbus in Australia Pacific (Airbus Helicopters) hangar at Brisbane Airport which is providing support to the Australian Defence Force's 47 MRH-90 Taipan multi-role helicopters, along with the 22 Eurocopter ARH Tiger armed reconnaissance helicopters for the Australian Army.

Sincere thanks again to Scott H for taking the time to capture and send through these great photos!

All photos taken by Scott Harris  ©
Posted by Damian F at 7:00 PM