Over the last few days, all three of Alliance Airline's Fokker F-70 and F-100 jets which have special colours scheme liveries and stickers applied have been spotted calling into various CQ Airports.

On Tuesday 6 March, Alliance Airlines Fokker F-70 VH-NKQ was spotted at Bundaberg Airport operating for Virgin Australia on the VOZ2973/2972 service from and back to Brisbane.  As mentioned previously, VH-NKQ currently wears a sticker on its forward port-side adverting an upcoming charity concert by iconic Australian rock music singer-songwriter, Paul Kelly. 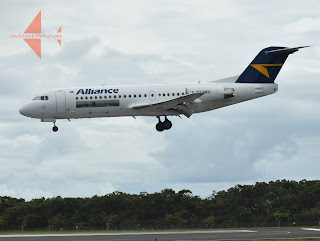 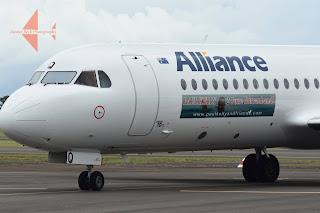 The 'Paul Kelly and Friends' Concert is a locally organised fundraising initiative hosted by the Dirranbandi Pastoral and Agricultural Association. This event will raise much needed funds that will ensure the sustainability of opportunities to access future pathways in Agriculture for the local youth in this region and beyond.  As a small, rural community, Dirranbandi is committed to giving their youth every opportunity possible to develop knowledge, skills as well as gain experience in local industry.

Up to seven acts including Paul Kelly, Back'n'Business, Mitch Salisbury and Little Town are expected to perform on the night. Visit http://www.paulkellyandfriends.com/ for more information. Tickets are on sale now through https://outbacktickets.com.au/

Meanwhile, late last week, Alliance Airlines Fokker F-70 VH-JFB was spotted at Gladstone Airport also operating for Virgin Australia on a scheduled flight from and back to Brisbane. 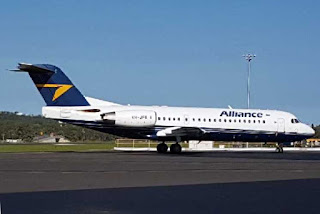 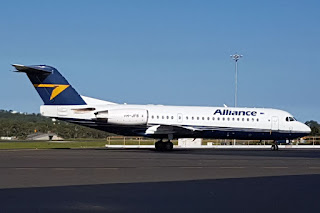 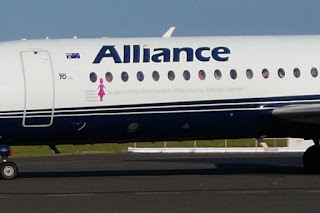 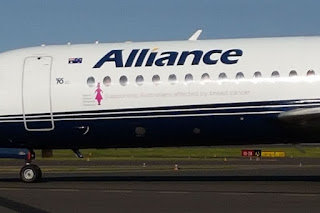 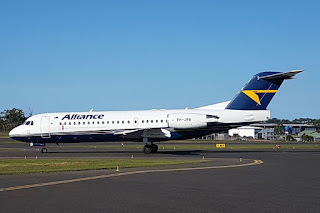 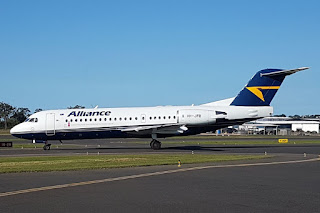 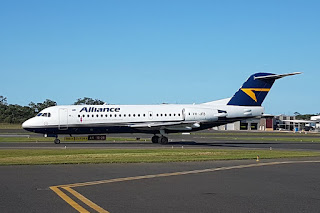 VH-JFB still wears a sticker on its port side promoting the Breast Cancer Network Australia (BCNA).  BCNA works to ensure that Australians affected by breast cancer receive the very best support, information, treatment and care appropriate to their individual needs.  It is the peak national organisation for Australians affected by breast cancer, and consists of a network of more than 100,000 members and 300 Member Groups. More than 90 per cent of their members have had a diagnosis of breast cancer, and the remaining members have had a personal experience with breast cancer through a family member or friend.

They are represented by the 'Pink Lady' silhouette, symbolic of their focus on the women diagnosed with breast cancer and all those around her. See more at:  https://www.bcna.org.au/

Finally, recently delivered Alliance Airlines Fokker F-100 VH-FGB continues to visit Central Queensland Airports and was recently spotted arriving into Rockhampton Airport also operating on behalf of Virgin Australia on a scheduled flight from and back to Brisbane. 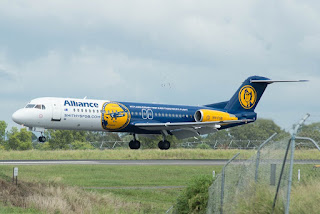 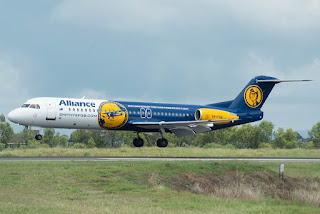 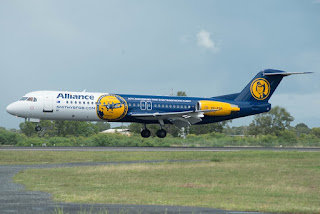 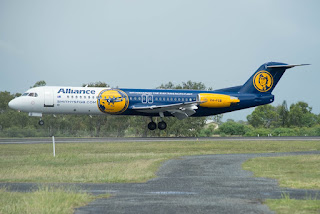 As we mentioned below, the Fokker is adorned in a very attractive livery celebrating the 90th anniversary of the first trans-Pacific crossing completed in 1928 by four aviators including Sir Charles Kingsford-Smith in his Fokker F.VIIb/3m Trimotor named "Southern Cross".

Sincere thanks to the local plane spotters for taking the time to capture and send through these great photos of some great visitors to CQ!