On Saturday 17 March, the very attractive Pegasus Air / Pilatus Australia (Adelaide) Pilatus PC-12/47E VH-PIL was spotted at Mackay Airport while it made a brief stop-over during a busy few days of flying.  It arrived from Cairns. 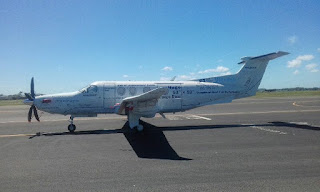 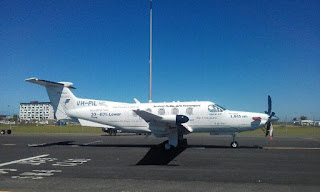 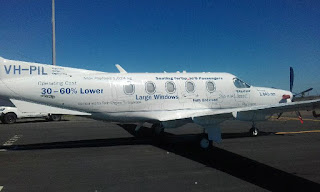 On Friday 16 March, it arrived into Cairns from its Adelaide base via Ayres Rock.

After the pilot had a lunch break, VH-PIL departed Mackay Airport and returned to Adelaide.

Meanwhile, on Monday 19 March, PC-12/45 VH-PID was noted calling into Rockhampton Airport from its Toowoomba base.

UPDATE!  On Tuesday 20 March, VH-PID departed Rocky for Rolleston Aerodrome.  On Wednesday 21 March it was noted back at Rockhampton Airport, departing for Toowoomba.

UPDATE!  On Tuesday 20 March, Vanderfield Pilatus PC-12/47 VH-WPH arrived in Mackay Airport from its Toowoomba base.  At the time of writing, it was due to head back there later tonight.