On Tuesday 6 March, Australian Army NH Industries MRH-90 Multi-Role Helicopter A40-032 was photographed by local plane spotter Scott H as it arrived into Rockhampton Airport.  It looked to arrive from the North and was heard to be using the radio callsign of "Pegasus 88". 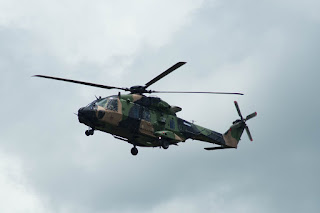 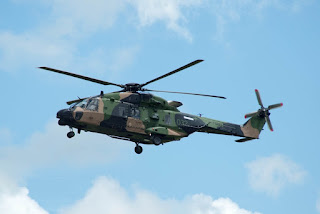 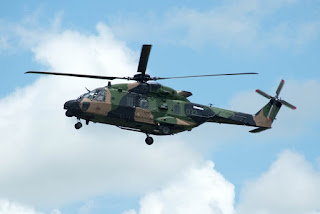 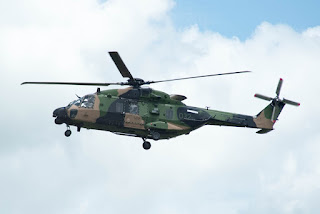 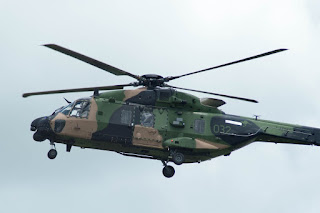 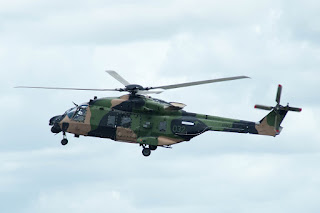 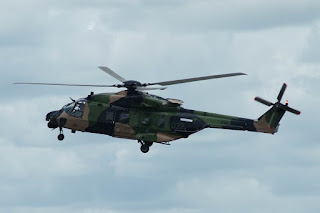 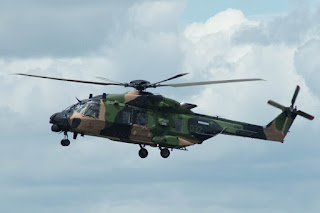 After spending some time on the ground, A40-032 continued South to Brisbane.

Meanwhile, on Saturday 3 March, Royal Australian Air Force (RAAF) Beech B350 Super King Air A32-439, which was flying as "Dingo 15", flew North from RAAF Base Amberley and did some aerial survey work south-west of Gladstone before it later landed at Gladstone Airport.  After taking on fuel, A32-439 returned direct to Amberley.

A32-439 "Dingo 15" was again in the air on Sunday 4 March and was due to complete more aerial survey work in the Southern part of CQ, however due to low cloud, it turned back South and completed aerial survey operations over Brisbane and the Gold Coast.

Sincere thanks to Scott H for taking the time to capture and send through these great photos!

All photos taken by Scott Harris  ©
Posted by Damian F at 9:33 PM