It was a busy morning at Gladstone Airport on Friday 16 March.

A pair of Alliance Airlines Fokker jets were spotted - F-70 VH-NKU sitting on the Gladstone Airport parking apron broken down after arriving late on Thursday 15 March as VOZ2913 from Brisbane and as a consequence, F-100 VH-XWR operating the scheduled VOZ2905/2904 also from and back to Brisbane to clear the backlog. 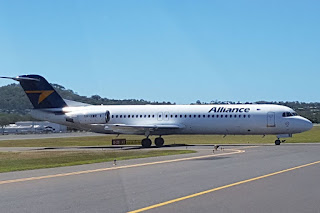 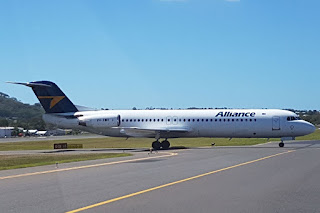 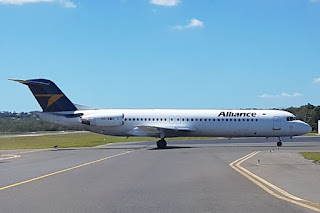 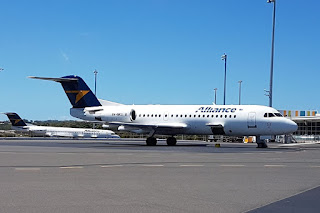 Alliance Airlines continued to operate into Gladstone Airport on behalf of Virgin Australia. 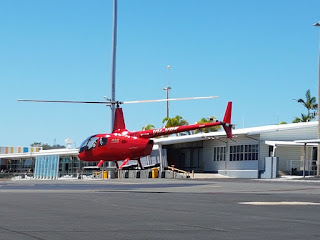 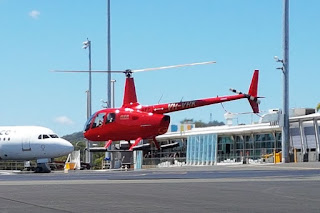 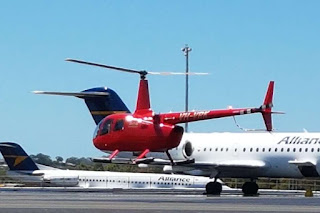 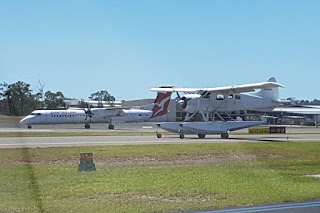 Finally, it's worth noting that during recent weeks, a trio of light General Aviation (GA) aircraft have arrived into Gladstone Airport for locally-based operations.


Gladstone Flying Training and Air Charter has posted photos of their recently acquired Piper PA-28-161 Warrior II VH-FKU and Cessna 182P VH-WTH which will both be utilised in offering RA and GA training along with a host of air charter services. You can learn more about Gladstone Flying Training and Air Charter at their website:  http://gftair.com.au/

While usually based at Maryborough Airport, Cessna 172 VH-DZW has also taken up residence at Gladstone Airport for an unspecified period of time.