QantasLink Dash-8-Q400 VH-QOF Spotted at Rockhampton Airport in New Colours - And with a Name!!

After emerging from the paint-shop in Townsville around a fortnight ago, QantasLink Dash-8-Q400 VH-QOF has been spotted visiting Rockhampton Airport on Wednesday 21 March operating the scheduled QLK2301/2367 services from Mackay and to Brisbane looking resplendent in its new Qantas 'silver-roo' colour scheme. 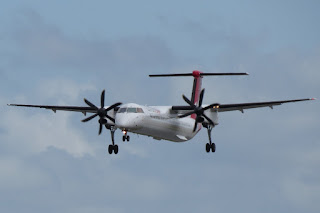 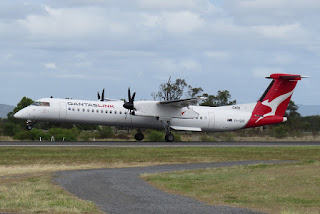 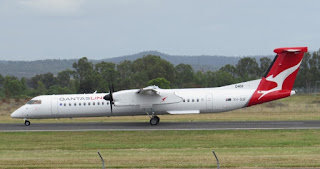 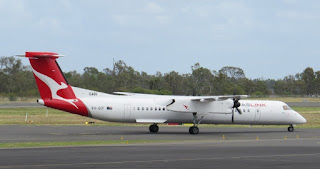 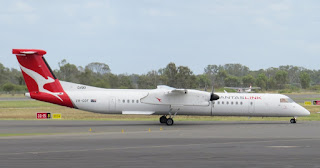 As we've mentioned in the past, VH-QOF was the final QantasLink Dash-8-Q400 to wear the very old 1984-style Qantas livery.  It was re-painted into the new Qantas livery at the Flying Colours facility at Townsville Airport and joins VH-QOA, VH-QOB, VH-QOC, VH-QOD and VH-QOE in the new and updated Qantas livery and kangaroo logo, which was introduced to coincide with the introduction the Boeing B787 Dreamliner into service with the airline late last year. 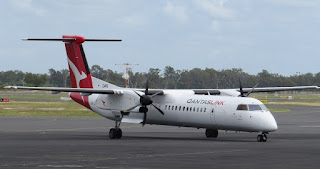 What has been interesting to note too is that VH-QOF was previous un-named and has now been spotted wearing the name 'Byron Bay' as shown below. 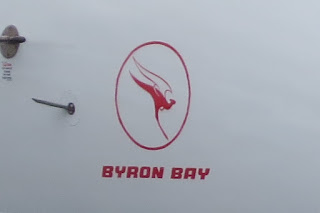 It appears that fellow Dash-8-Q400 VH-QOI has now entered the Flying Colours paint shop at Townsville Airport to be re-painted into the new Qantas/QantasLink livery.  It is the first of the type that wears the 2007-style 'New Roo' Qantas livery.

It was thought that VH-QOH - which still currently wears its distinctive 'Breast Cancer Awareness' colours - was the next Dash-8-Q400 to be re-painted into the new Qantas/QantasLink livery, however as shown below, it was also spotted at Rockhampton Airport on Wednesday 21 March.

Finally, it's worth also mentioning that fellow QantasLink Dash-8-Q400 VH-QOE which has also recently been re-painted in the new Qantas livery has also now been named having previously gone without since its delivery in 2006.  As the photos taken recently at Mackay Airport show, it has now been named 'Albury'. 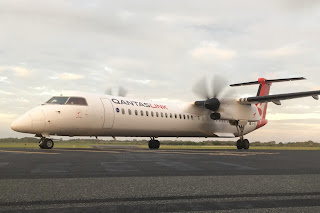 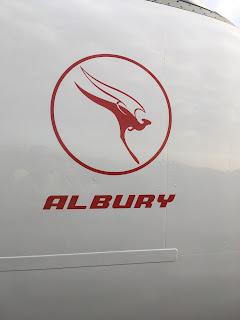 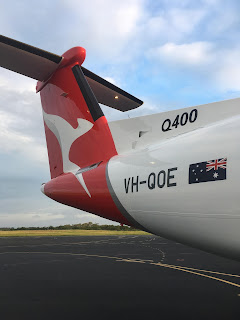 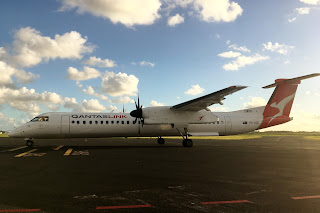 Sincere thanks to the local plane spotters at Rockhampton and Mackay Airports for sending through these great photos of these nice re-painted Dash-8's!