During the late afternoon on Wednesday 14 March, a nice pair of interstate-based Bell 206 Jetranger helicopters were spotted soon after arriving into Rockhampton Airport. 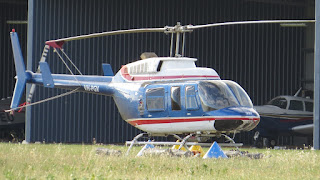 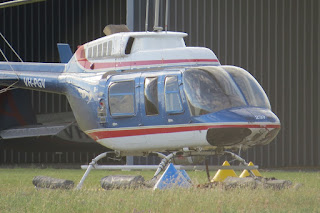 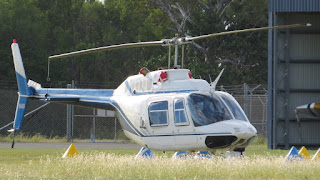 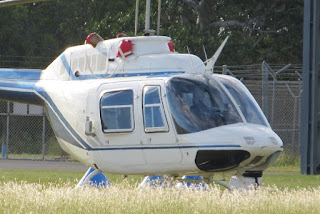 It appears they flew up from the South - VH-PGV was spotted at Lake Macquarie Airport also in New South Wales earlier in the week - and were being prepared to stay at Rocky for the night.

UPDATE!  On Thursday 15 March, both VH-PGV and VH-HCV departed Rockhampton Airport in quick succession for Mackay Airport.  They were then later noted continuing to Townsville and Cairns.

It is possible that both Bells are on delivery to the North, possibly Papua New Guinea (PNG).

All photos taken by Kayanne Hardsman  ©
Posted by Damian F at 9:04 PM