After emerging from the paint-shop earlier this week, QantasLink Dash-8-Q400 VH-QOF made its first visit into Central Queensland wearing its new colours on Thursday 8 March when it operated into Moranbah Airport on the QLK589/590 Fly-in Fly-out (FIFO) charter flight from and back to Townsville.

VH-QOF emerged from the Flying Colours facility at Townsville Airport and re-entered service on Tuesday 6 March.  It is now the sixth QantasLink Dash-8-Q400 that has been re-painted into the new Qantas livery joining VH-QOA (pictured this week at Mackay Airport), VH-QOB, VH-QOC, VH-QOD and VH-QOE in the new and updated Qantas livery and kangaroo logo, which was introduced to coincide with the introduction the Boeing B787 Dreamliner into service with the airline late last year. 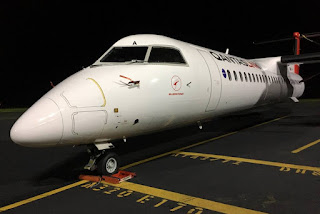 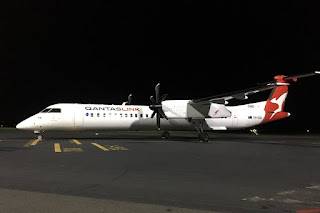 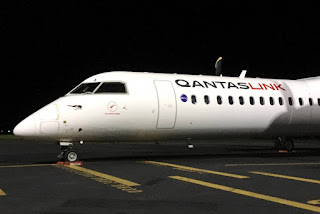 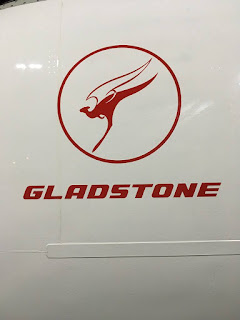 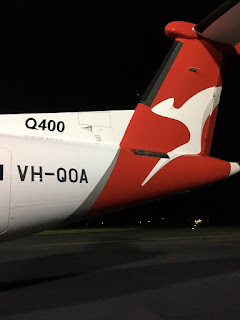 It appears that fellow Dash-8-Q400 VH-QOI has now entered the Flying Colours paint shop at Townsville Airport to be re-painted into the new Qantas/QantasLink livery.  It is the first of the type that wears the 2007-style 'New Roo' Qantas livery.

It was thought that VH-QOH - which still currently wears its distinctive 'Breast Cancer Awareness' colours - was the next Dash-8-Q400 to be re-painted into the new Qantas/QantasLink livery.