On Thursday 8 March, Royal Australian Air Force (RAAF) Boeing B737-7DT(BBJ) A36-001 made a flying visit to Rockhampton Airport, touching down from Townsville as "Consort 22". 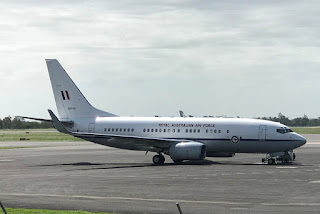 The RAAF VIP 34 Squadron aircraft appears to have brought recently appointed Australian Deputy Prime Minister and Federal leader of the National Party of Australia Michael McCormack for his first visit to Rockhampton and to Central Queensland. 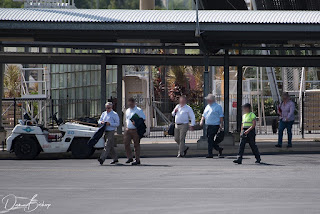 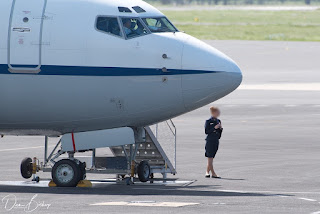 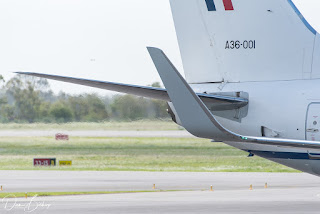 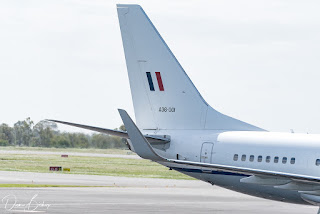 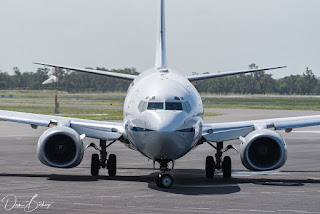 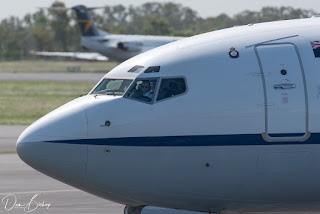 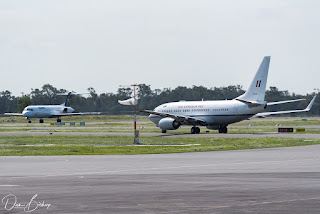 After a couple of hours on the ground, and after Mr McCormack's engagements were complete, A36-001 departed Rockhampton Airport for the Sunshine Coast. 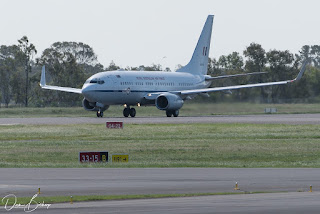 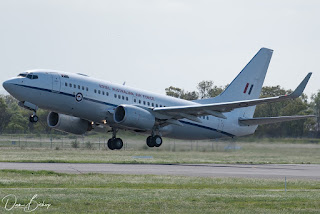 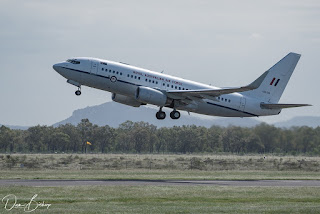 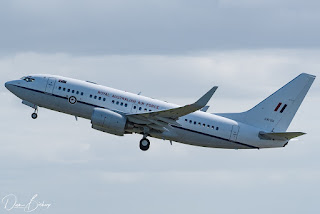 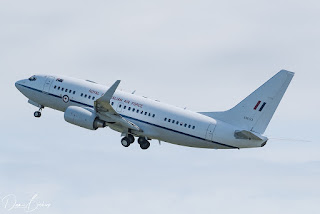 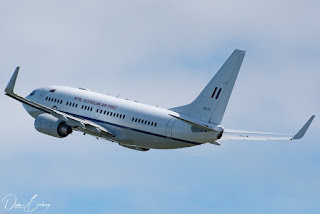 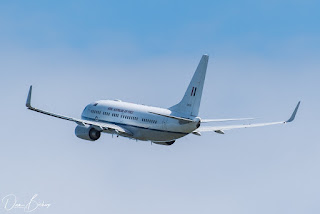 Meanwhile, not long ago, after the sun went down on Thursday 8 March, Royal Australian Air Force (RAAF) Airbus A330-203 / KC-30A Multi Role Tanker Transport (MRTT) A39-001 was noted completing a missed approach at Rockhampton Airport.  It looked to have flown up from RAAF Base Amberley and looked to continue further North to Townsville after completing its airwork at Rocky.  A39-001 was heard to be using the radio callsign for "Dragon 42".

All photos taken by Daniel Bishop  ©
Posted by Damian F at 7:58 PM