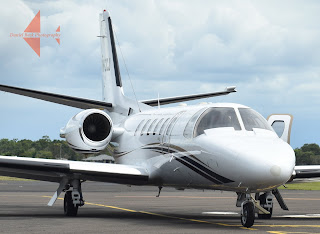 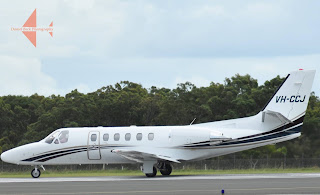 After a few hours on the ground, VH-CCJ returned to Brisbane.

Finally, on Monday 5 March, Brisbane-based Cessna 525A CitationJet2 bizjet VH-MOR was back in CQ only a few days after its last visit.  It flew North from its Archerfield base and was noted completing airwork including a missed approach at Biloela / Thangool Airport before later returning to Archerfield.