On Friday 16 March, Australian Army Boeing CH-47F 'Foxtrot' Chinook helicopter A15-306 was spotted visiting Rockhampton Airport.  It was heard to be using the radio callsign of "Brahman 36" and was reportedly flew into Rocky from the South. 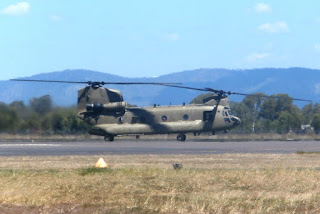 Local plane spotters Kayanne H and Trevor H were both on hand and captured some great photos of the twin-engine, tandem rotor heavy-lift Chinook helicopter, which is operated by the Australian Army's 5th Aviation Regiment (5 Avn Regt) 'C' Squadron based at Townsville. 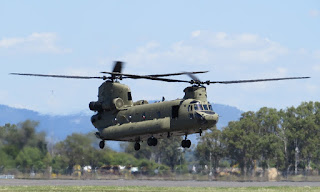 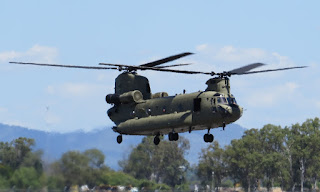 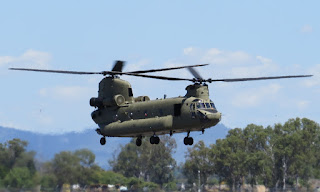 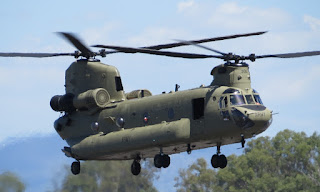 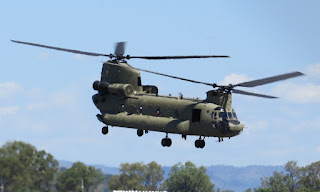 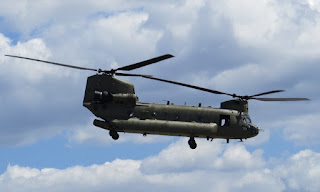 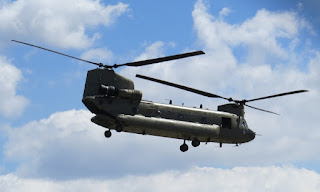 After taking on fuel, A15-306 "Brahman 36" departed Rockhampton Airport for Townsville.

Meanwhile, a little later on Friday 16 March, another Australian Army NH Industries MRH-90 Multi-Role Helicopter was noted passing through Rockhampton Airport.  Sadly, we are unable to provide a serial number of the MRH-90 although it was heard to be using the radio callsign of "Destrier 66".  "Destrier 66" arrived into Rocky from Townsville and later departed to the Sunshine Coast were fellow MRH-90 A40-034 "Warhorse 77" landed on a diversion from Rockhampton Airport on Monday 12 March.