On Tuesday 20 March, Australian Army NH Industries MRH-90 Multi-Role Helicopter A40-034 was spotted arriving into Rockhampton Airport from the South.  It was heard to be flying as "Destrier 66". 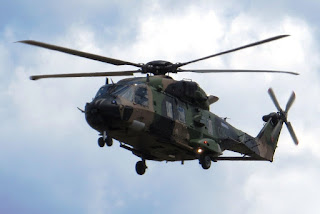 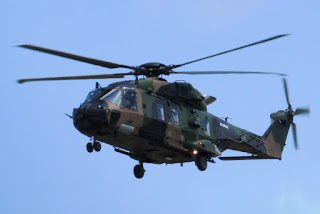 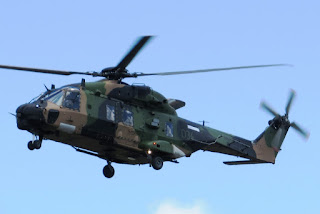 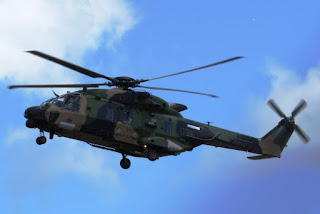 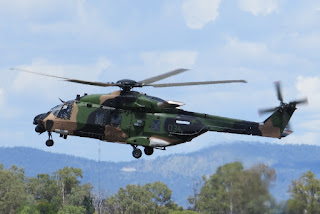 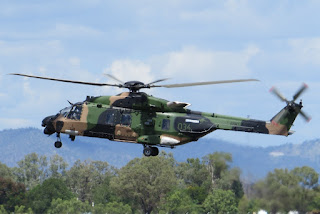 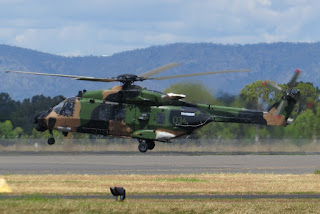 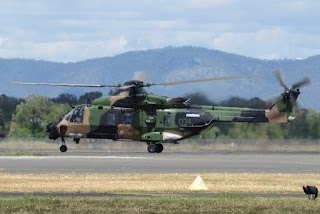 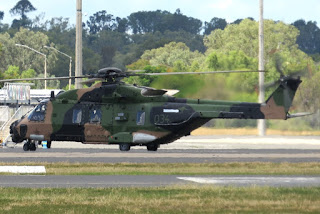 After taking on fuel, it departed to Townsville.

As mentioned below, A40-034 originally passed through Rockhampton Airport last Monday 12 March, heading South (planned) to RAAF Base Amberley as "Warhorse 77".  However, it was forced to divert to the Sunshine Coast and declared a "PAN" after departing Rocky.

It looks to have spent some time on the ground at the Sunny Coast receiving attention and is clearly returning to its Townsville base.

All photos taken by Kayanne Hardsman  ©
Posted by Damian F at 9:33 PM