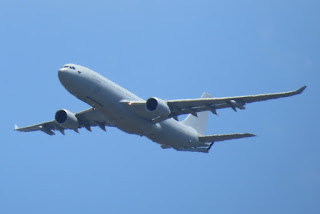 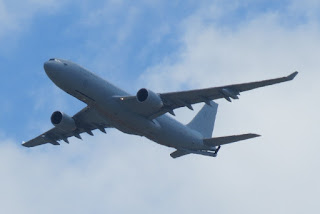 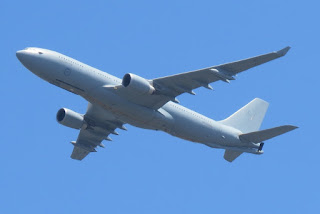 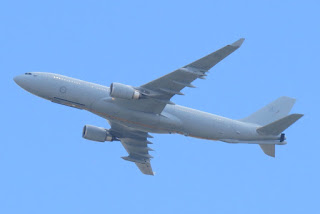 Local plane spotters 'IAD' and Kayanne H were both on hand at different places to capture some great photos as the KC-30A climbed out after completing its airwork. 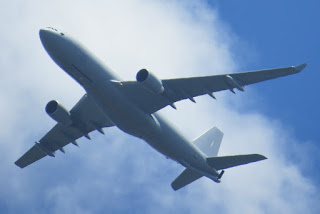 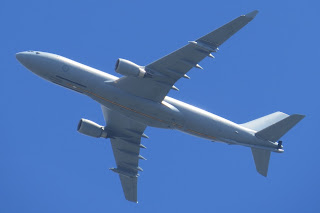 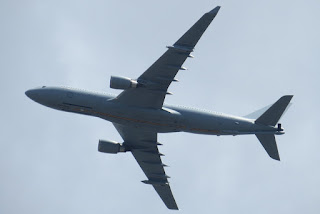 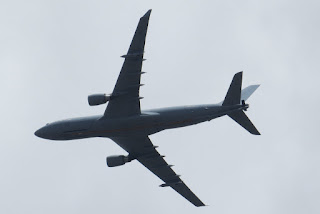 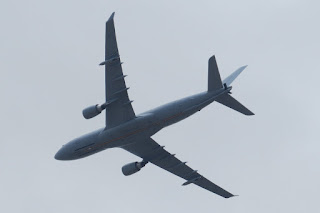 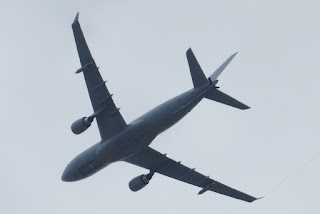 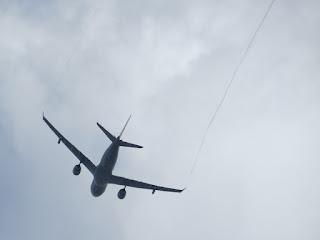 A39-001 looked to fly to Rocky from RAAF Base Amberley and after completing the approach, it continued to the North.  It was later heard to return South to Amberley a little later in the day.

Sincere thanks to local plane spotters 'IAD' and Kayanne H for taking the time to capture and send though these great photos!

Photos taken by 'IAD' and Kayanne Hardsman  ©
Posted by Damian F at 9:12 PM