On Wednesday 21 March, the nice run of visiting military aircraft and helicopters into CQ Airports continued with Royal Australian Air Force (RAAF) Boeing C-17A Globemaster III transport aircraft A41-213 spotted in the skies over Rockhampton after completing a missed approach and low overshoot of Runway 15 at Rockhampton Airport. 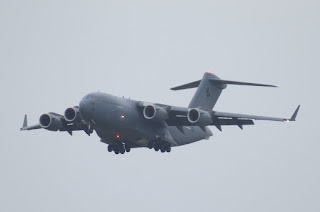 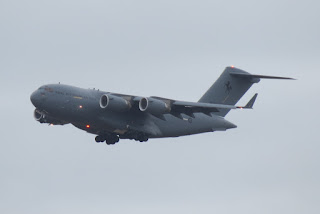 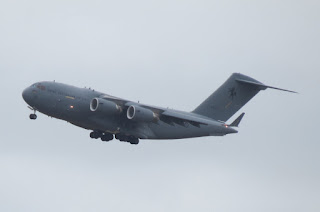 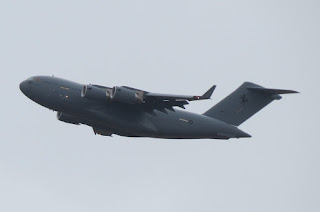 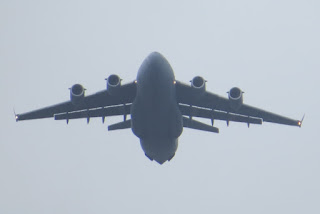 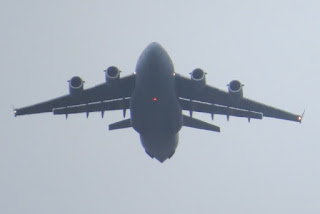 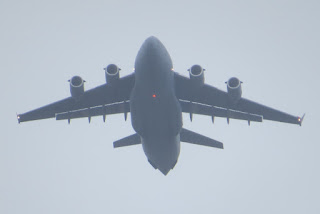 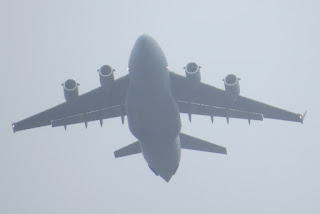 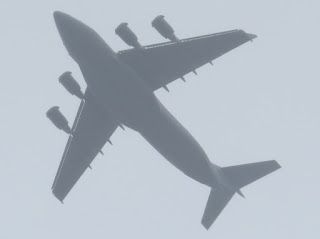 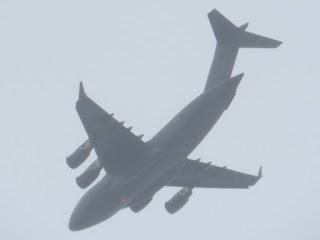 A41-213 - flying as "Stallion 63" - had flown North from RAAF Base Amberley to complete the airwork at Rocky.  Afterwards, it was heard to return South to Amberley.

Sincere thanks to local plane spotters 'IAD' and Kayanne H for taking the time to capture and send through these great photos!

Photos taken by 'IAD' and Kayanne Hardsman  ©
Posted by Damian F at 9:57 PM