A Couple of Plane Spotting Photos from Rockhampton Airport

Rockhampton plane spotters Don W and 'IAD' have again been enjoying their favourite past-time at Rockhampton Airport over the last couple of days, and judging by some of their photos, they have been enjoying a wide variety of movements. 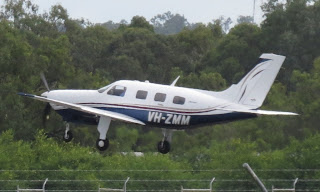 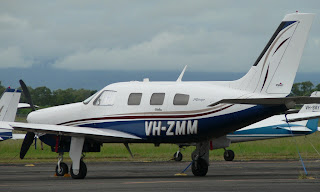 Also on Tuesday 2 April, a popular bizjet to visit Central Queensland, in the form of the Queensland Police Service (Airwing) Cessna 560 Citation Ultra VH-PSU arrived into Rockhampton from Brisbane.  It eventually continued North, ending the day in Cairns.  On Wednesday 3 April, 'IAD' was on hand to catch VH-PSU as it returned down the coast, arriving at Rockhampton from Proserpine / Whitsunday Coast Airport. 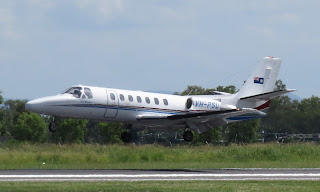 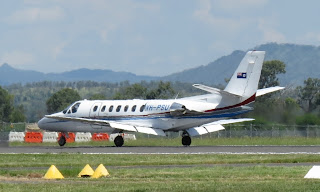 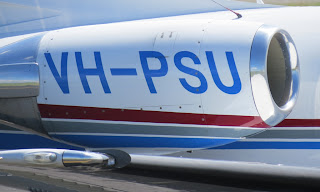 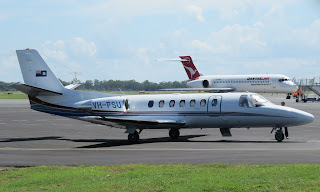 While he was at Rockhampton Airport on Wednesday 3 April, 'IAD' spotted the new Gladstone-based Careflight Bell 412EP VH-XCY which was visiting the beef city for part of the day. 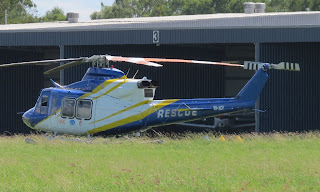 Also Virgin Australia Embraer E-190 VH-ZPR was photographed as it departed Rockhampton for Sydney as VOZ1568. As reported last week, Virgin is cutting their Rockhampton direct to Sydney service from the end of this month. 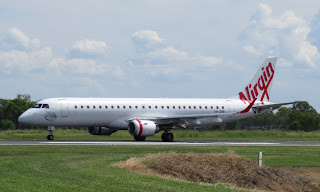 Photos taken by Don Williams and ‘IAD’ ©
Posted by Damian F at 5:36 PM