Rockhampton plane spotter 'IAD' has sent through some absolutely fantastic images of Royal Australian Air Force (RAAF) Boeing B737-7DF(BBJ) A36-002 as it sat in the morning sun at Rockhampton Airport on Wednesday 24 April. 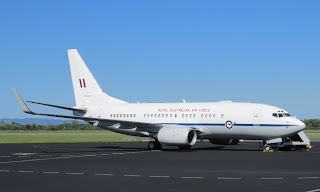 He drove all around Rockhampton Airport, and sends through photos taken at various plane spotting locations - near the Rockhampton Airport terminal, General Aviation apron, and on the Western side of the Airport - as all shown below. 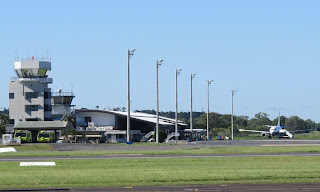 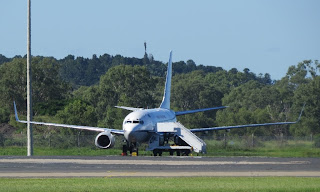 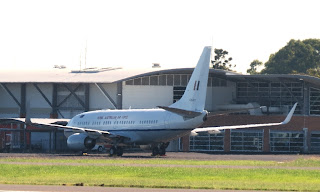 Eventually, as the morning wore on, Australia's Prime Minister, Julia Gillard and travelling party, boarded A36-002 and departed Rockhampton for Mackay Airport. 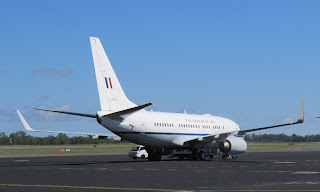 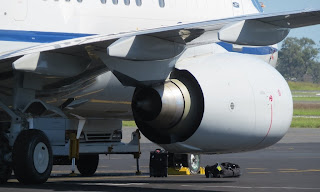 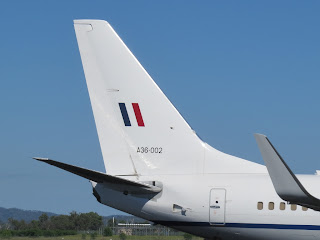 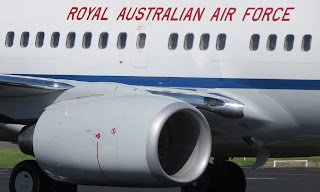 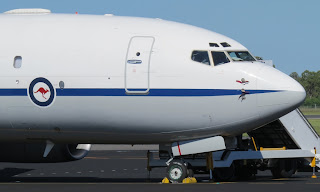 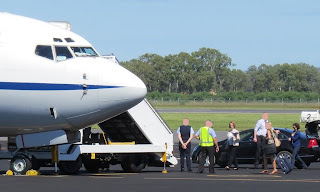 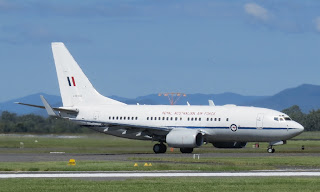 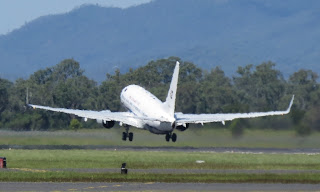 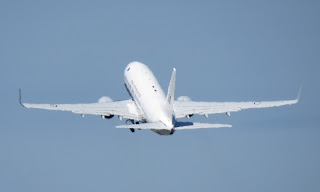 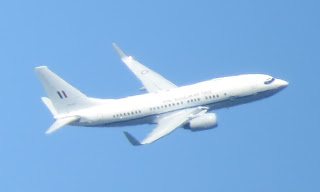 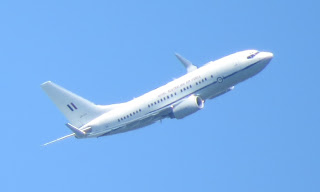 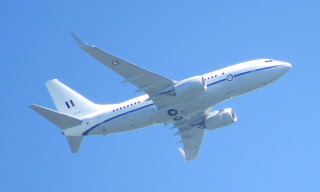 A big thanks to 'IAD' for his great coverage of this great aircraft movement into Central Queensland!  We certainly look forward to his coverage over the coming months!