Over the Easter-school holidays, I enjoyed a few days in the lovely Whitsundays, and managed to find some time to make a few visits to the Whitsunday Airport at Shute Harbour to take a few photos of the goings-on. 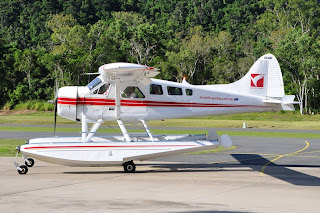 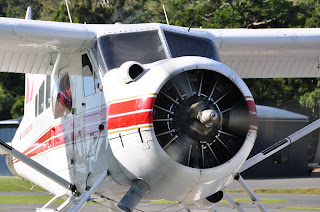 The other prominent fixed wing operator at the Airport is GSL Aviation.  GSL had no less than four aircraft at the Airport, although seemed to be only operating two of these aircraft. 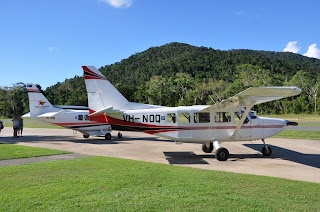 GSL Aviation has recently taken delivery of Gippsland GA-8 Airvan VH-NOQ from West Australian-based Slingair.  The Airvan is reportedly in town for only a brief time, and could possibly be a 'stop-gap' measure until GSL reportedly take delivery of a Piper PA-31 Navajo. 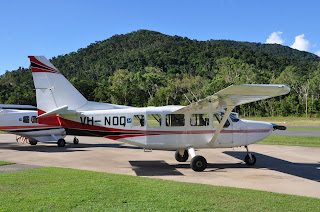 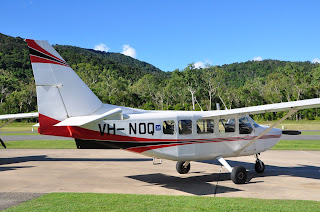 GSLs other GA-8 Airvan VH-URB continues to operate transfers to Hamilton Island Airport and other locations, along side their Cessna 210 VH-FOC. 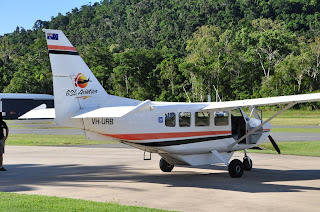 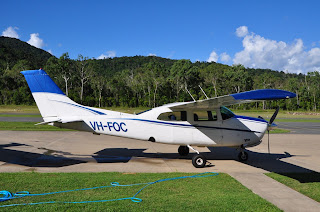 Parked outside a hangar nearby was GSL Aviation's Cessna 206 VH-HTO. 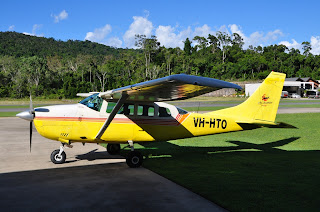 Finally, HeliReef Whitsunday (Whitsunday Air Services), which operates transfers out of the Whitsunday Airport to the nearby Whitsunday Islands and to and from Hamilton Island Airport had a variety of helicopters parked at the Airport near the Heli-biz hangar. 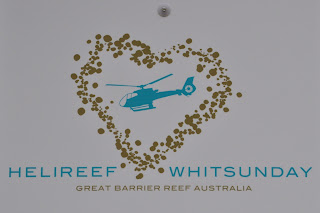 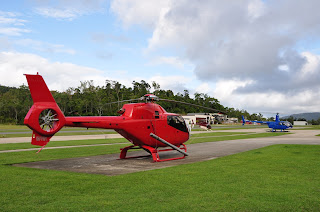 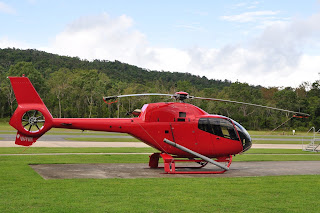 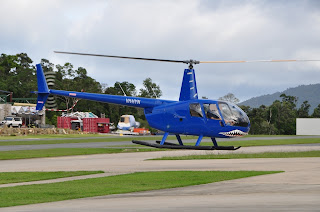 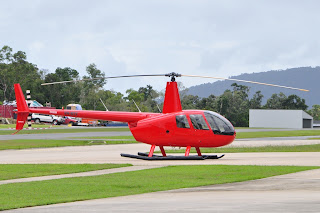 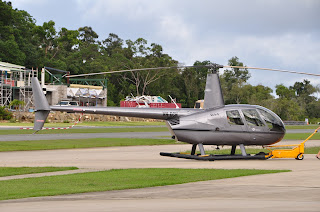 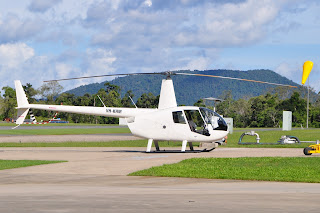 Lastly, a couple of other helicopters noted at the Whitsunday Airport included former Heli-Aust Bell 206 VH-RMJ. 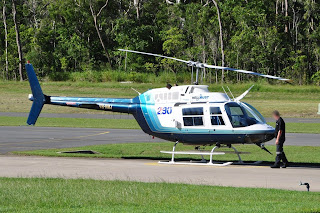 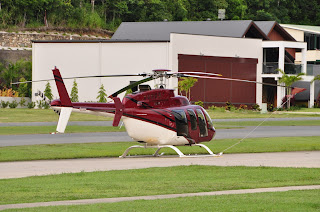 Despite some cloudy, and at times, terrible weather, I had a great time in the Whitsundays enjoying some great plane and helicopter spotting!
Posted by Damian F at 11:24 AM