Insitu Pacific plans to operate its ScanEagle Remotely Piloted Aircraft System (RPAS) - or Unmanned Aerial Vehicle (UAV) - in the Yeppoon and Great Barrier Reef area off the Central Queensland coast and along the coastal corridor from Sunday 28 April until Tuesday 14 May. 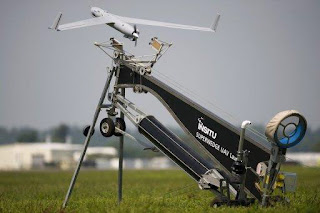 In co-operation with the Queensland Government and the Great Barrier Reef Marine Park Authority, the UAV will be conducting surveillance around the Keppel Islands and other islands, cays and reefs East of Yeppoon.

RPAS Flying operations will be based, controlled, launched and recovered at the Emu Park airfield, which is South of Yeppoon.

Insitu Pacific will operate the ScanEagle RPAS daily and at night over the broader Great Barrier Reef region up to 5,000 AMSL. The activity will be subject to NOTAM activation, which will outline timing, limitations and contact details. 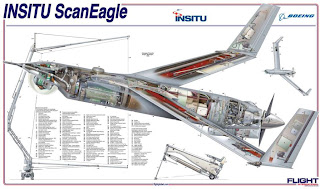 The ScanEagle UAV is equipped with transponder, navigation lights, strobes and has high visibility markings. It will operate by day and night hours and in VMC. Insitu Pacific has operated its RPAS regularly over the past 2 years over land and water from locations such as Moreton Bay, Stradbroke Island and Shark Bay in West Australia for Government, Research, Surveillance, and Environmental related agencies.
Posted by Damian F at 7:53 AM