During a busy afternoon and evening at Rockhampton Airport on Tuesday 23 April, local spotters Travis W and 'IAD' managed to captured some great images of some locally based and visiting aircraft.

Travis was on the scene to observe the local Capricorn Helicopter Rescue Service Sikorsky S-76A helicopter - VH-JRD - as it performed several training manoeuvres in and around Rockhampton Airport. 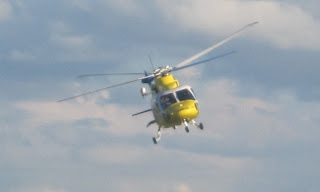 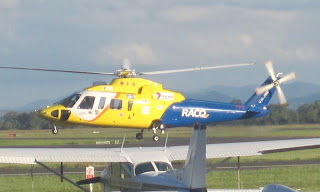 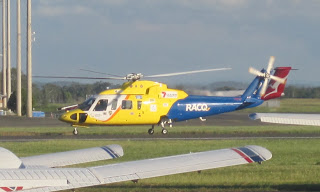 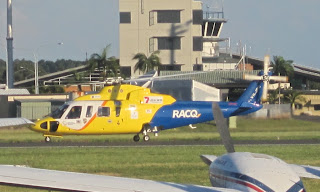 As usual, VH-JRD operated under it callsign "Rescue 300" for the training drills. 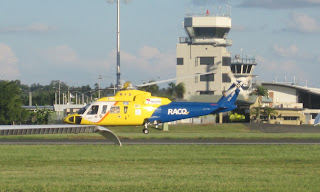 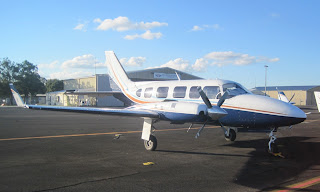 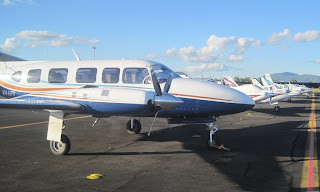 As can be seen, VH-RPV is a rare Colemill Panther re-engined Navajo with 350hp (261 kW) Lycoming TIO-540-J2B engines, 4-blade "Q-Tip" propellers and optional winglets. This conversion was designed by Colemill Enterprises of Nashville, Tennessee in the United States of America. 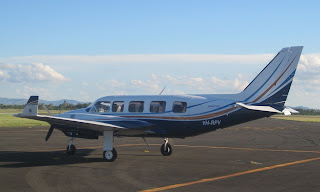 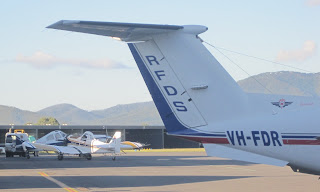 Meanwhile, as local plane spotter 'IAD' waited for the arrival of the RAAF Boeing B737-700(BBJ) A36-002 (see his spectacular photo in the Blog Post BELOW), he spotted a couple of late afternoon commercial visitors to Rockhampton Airport on Tuesday 23 April.

First, QantasLink Dash-8-Q400 VH-QOP was caught at the moment of touch down onto Rockhampton's Runway 33. 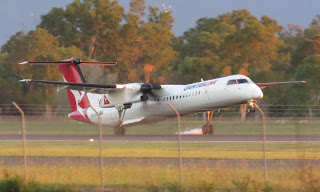 Then a little later, Virgin Australia Boeing B737-800 VH-VON was spotted by 'IAD' as it arrived from Brisbane as VOZ1245. 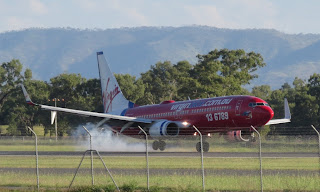 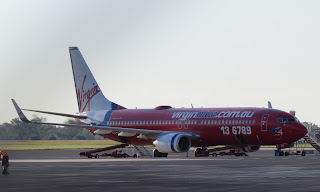 After a quick turnaround, VH-VON departed back to the capital as VOZ1248. 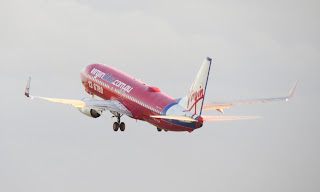 Some great images - thanks guys!