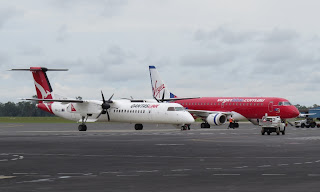 Spotted first was Virgin's Embraer E-190 VH-ZPO which has recently had a white panel on its underbelly added to its red colour scheme of Virgin Blue. 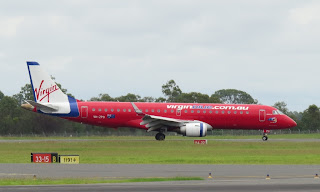 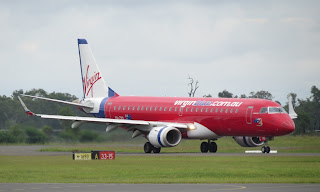 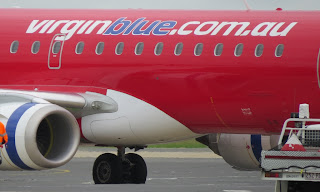 Also captured by 'IAD' was Virgin's newest aircraft in the form of Skywest Airlines-operated ATR 72-600 VH-FVY. 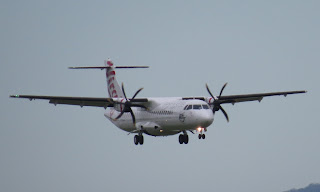 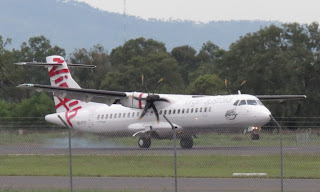 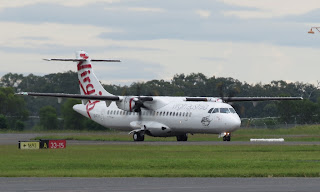 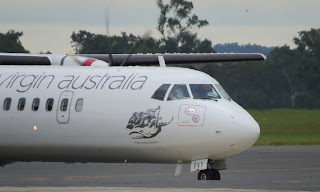 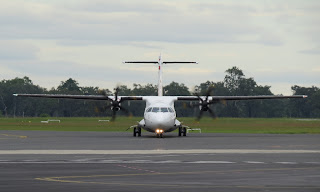 Both Virgin aircraft were operated scheduled services into Rockhampton Airport from and back to Brisbane.

Meanwhile, on the General Aviation apron, 'IAD' spotted a familiar visitor to Central Queensland in the form of Bundaberg-based CromAir Cessna 414A VH-CBT. 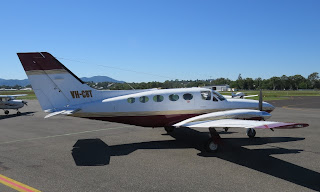 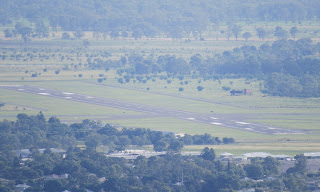 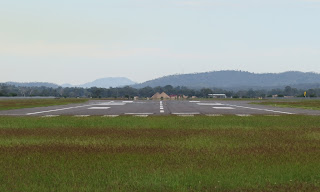 Runway 04/22 had been closed for some time since the start of the year when flooding hit the Beef Capital.

Thanks mate for your fantastic coverage!