Travis W has sent through some great photos of some of the afternoon's action at Rockhampton Airport on Friday 26 April as a pair of bizjets - Gulfstream Aerospace G-IV N524AN and Bombardier CL-600-2B16 Challenger 604 VH-EVJ - touched down at the beef capital. 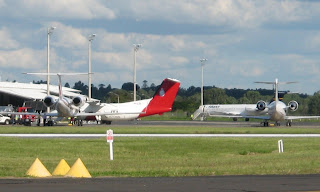 As the photo above shows, there were also a couple of other interesting visitors worth mentioning including Surveillance Australia / Australian Customs and Border Protection Service (Cobham Aviation) Dash-8-202 VH-ZZB which touched down after concluding a surveillance mission over the waters of North and Central Queensland. 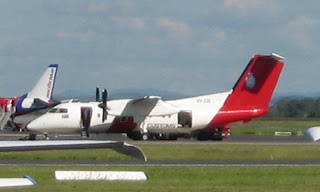 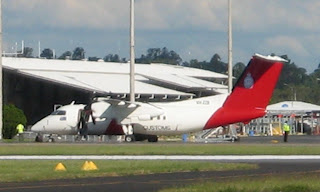 The Gulfstream G-IV N524AN then touched down on Runway 15 at Rockhampton after flying in from Melbourne (Essendon). 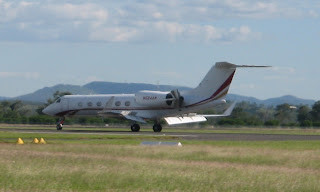 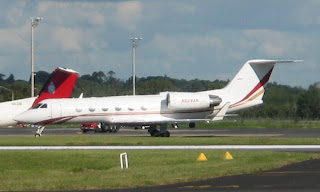 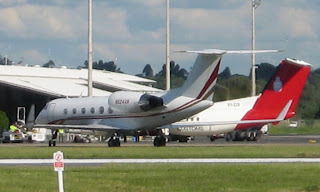 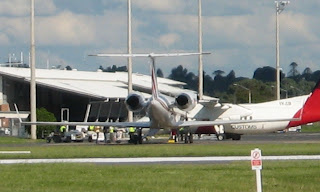 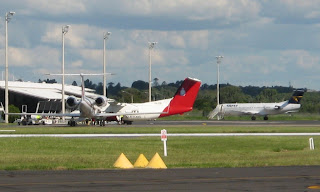 The G-IV was reportedly carrying Australian golfing legend Greg Norman who has flown to Rockhampton to launch a new development by Tower Holdings on nearby Great Keppel Island which will include a golf course designed by the 'Shark'.

Tower Holdings' own Challenger 604 VH-EVJ then touched down at Rockhampton after flying in from Sydney. 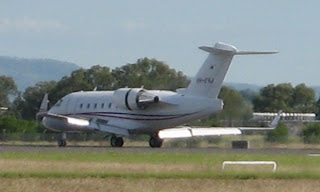 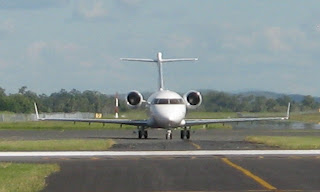 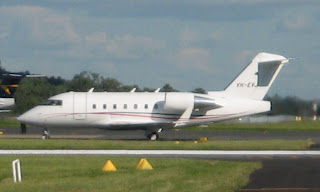 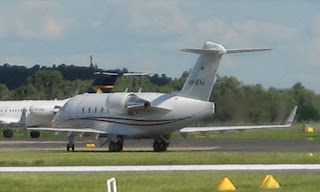 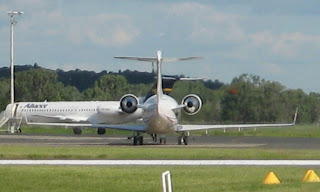 The Challenger is operated by Sydney Jet Charter but is owned by Tower Holdings.

It looked like a great afternoon at Rockhampton Airport on Friday.  We sincerely thank Travis W for sending through his great photos of a terrific afternoon's action!

All photos taken by Travis Whiting  ©
Posted by Damian F at 11:00 PM