Gladstone plane spotter Jamie C loves his photography and he has a perfect position for plane spotting overlooking Gladstone Airport from the front deck of his house.  This week was a pretty quiet week for visitors to Gladstone Airport, with the usual mix of scheduled commercial and light freight and other aircraft noted arriving and departing.  However, Thursday 18 April proved to be a great day with a very smart little bizjet and Royal Australian Air Force (RAAF) support helicopter visiting.

During Thursday morning, Eclipse EA500 bizjet N580WC arrived into Gladstone Airport from Rockhampton.  The smart little bizjet owned and operated out of Archerfield Airport in Brisbane by the Wanless Enviro Services Corporation.

N580WC was also noted at Mackay Airport on Wednesday 17 April.

Spotters will also notice in the photo above Brisbane-based Cirrus SR22 VH-YDM parked at Gladstone Airport.  This frequent visitor had earlier arrived from Archerfield.

As well as these two unique and special visitors to Gladstone Airport, Jamie also captured some stunning images of some of the other commercial visitors on Thursday 18 April.

QantasLink Dash-8-Q300 VH-TQY was spotted as it departed Gladstone for Brisbane as QLK2301.

Shortly after, sister-ship and Dash-8-Q400 Next Gen VH-LQJ was spotted arriving into Gladstone as QLK2336. 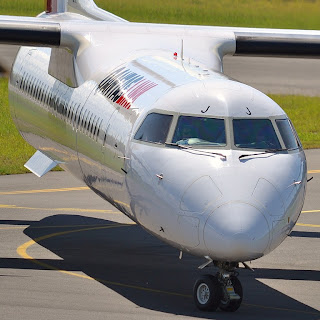 QantasLink (Cobham Aviation) Boeing B717-200 VH-NXR was then spotted departing Gladstone for Brisbane as QJE1957.

Last of the commercial visitors to be captured by Jamie was Virgin Australia (Skywest Airlines) latest ATR 72-600 VH-FVY which he photographed departing Gladstone for Brisbane as VOZ1714. 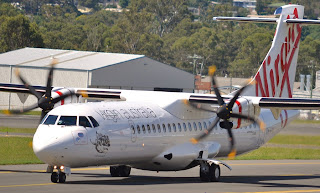 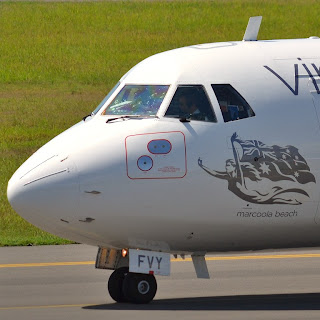 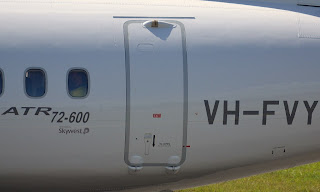 A great days plane spotting at Gladstone Airport - and some absolutely spectacular images taken by Jamie C - he is a truly fantastic photographer and we are very privileged to have Jamie as a regular contributor to the CQ Plane Spotting Blog.  Thanks mate!