Most readers of the CQ Plane Spotting Blog may wonder why a whole post would be devoted to Virgin Australia Boeing B737-700 VH-VBY visiting Rockhampton Airport late on Sunday 28 April. 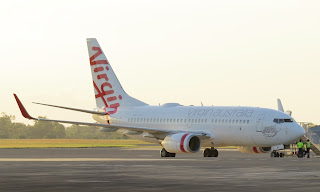 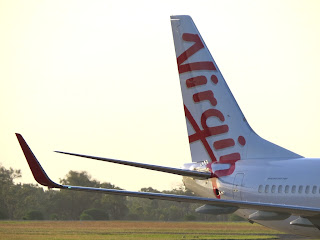 Just as I saw VH-VBY pop up on an online radar website inbound to Rockhampton, I had also just read that this lovely aircraft was soon to be retired from the Virgin Australia fleet later this week. 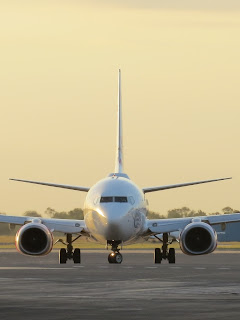 VH-VBY was photographed by 'IAD' as it visited Rockhampton Airport operating as VOZ1245/1248 Brisbane-Rockhampton-Brisbane. 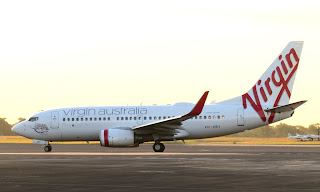 VH-VBY was originally delivered to Virgin Australia (Virgin Blue) in late July 2005, and wore a distinctive 'blue' livery with special '50th aircraft' titles to signify its place in the Virgin fleet. 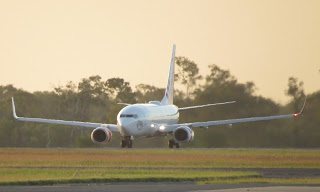 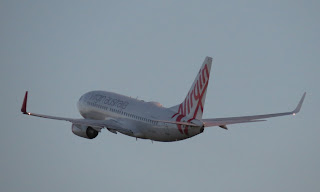 Information suggests that VH-VBY is due to depart Australia for good this Thursday 2 May.

Thanks to Rockhampton plane spotter 'IAD' for the fantastic images!