I was told that an Australian Army Sikorsky S-70A-9 Blackhawk helicopter passed through Central Queensland on Thursday 4 April - and here are some photos!

Gladstone plane spotter Jamie C has sent through a couple of images of the Blackhawk as it passed through Gladstone Airport on Thursday bound for Rockhampton.

It is believed that VH-RQW suffered engine problems while operating local survey flights out of Gladstone Airport this week.  As a result, Bayswater Road Cessna 206 VH-SVY also paid Gladstone Airport a visit early on Thursday 4 April. 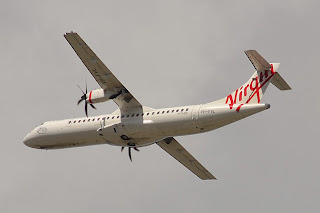 And finally, the Gladstone-based Careflight Bell 412EP helicopter VH-XCY operated a flight from Gladstone to Rockhampton on Wednesday 3 April.  Jamie captured VH-XCY as it departed Gladstone, and again as it arrived back later in the day. 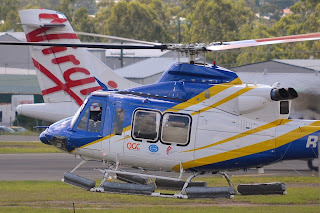 Incidentally, while it was on the ground at Rockhampton, local plane spotter 'IAD' captured VH-XCY parked during its visit - check out his photo and more from Rockhampton on Wednesday 3 April HERE.