Rockhampton plane spotters had a fantastic afternoon on Friday 26 April as two lovely bizjets arrived into the beef capital during the afternoon.  As we have posted below, the bizjets, Gulfstream Aerospace G-IV N524AN and Bombardier CL-600-2B16 Challenger 604 VH-EVJ, touched down bringing Australian golfer Greg Norman, and other representatives who were to travel to Great Keppel Island where Tower Holdings are developing a new resort. 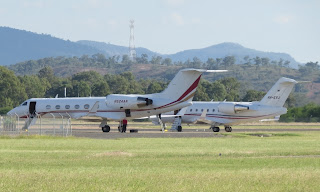 Regular contributor to the CQ Plane Spotting Blog, ‘IAD’, has sent through some of his fantastic images of Friday afternoon’s action.  As shown below, N524AN arrived into Rockhampton from Melbourne (Essendon). 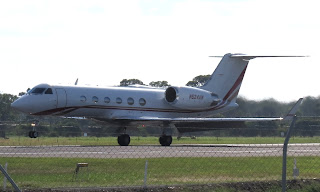 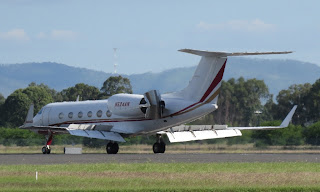 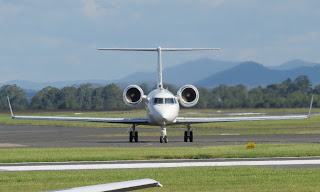 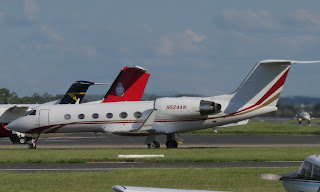 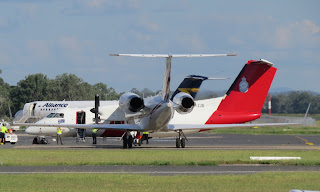 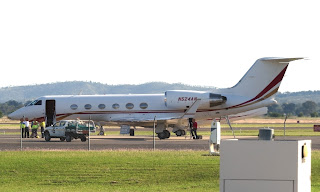 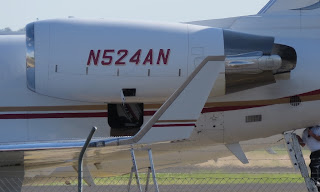 The G-IV was closely followed by the Challenger VH-EVJ (which is operated by Sydney Jet Charter) which touched down from Sydney. 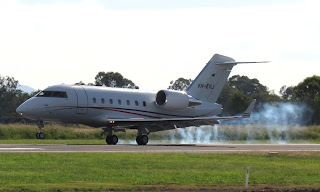 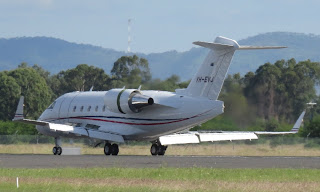 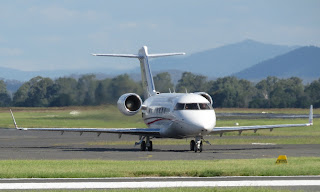 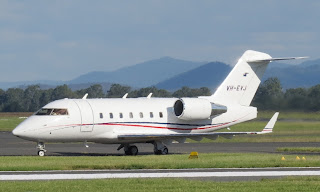 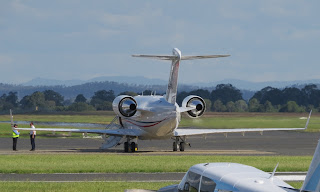 ‘IAD’ managed to also capture a couple of images of the ‘Shark’ as he wandered the Rockhampton Airport apron, before he and the other representatives were whisked away to attend their engagements. 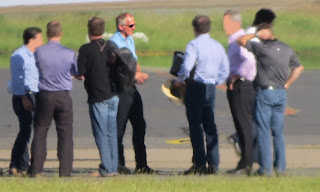 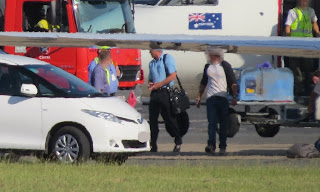 Some great images from ‘IAD’, and we thank him, and the other Rockhampton plane spotters for their great coverage of a great afternoon at Rockhampton Airport.