Also Spotted at Rockhampton Airport Over The Last Few Days

Rockhampton plane spotters have been treated to some fantastic aircraft to touch down at Rockhampton Airport over the last few days.  Two of the more 'special' arrivals no doubt have been the unique pair of United States Air Force (USAF) turbo prop aircraft that have touched from Asia. 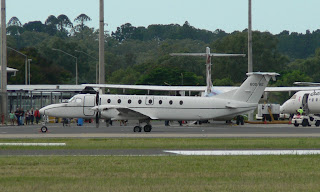 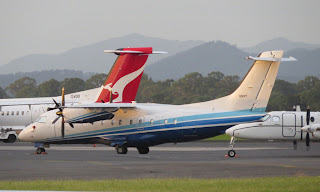 Also arriving into Rockhampton Airport on Monday 8 April, were a pair of Australian Army Sikorsky S-70A-9 Blackhawk helicopters which 'IAD' also managed to photograph.  The Blackhawks - A25-219 and A25-201 - were heard to fly to and back from the Shoalwater Bay Training Area (SWBTA). 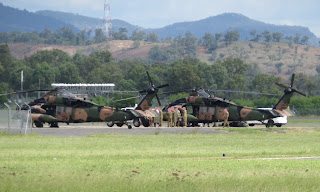 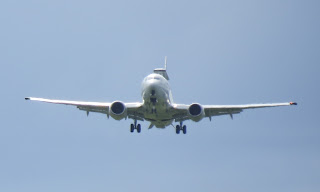 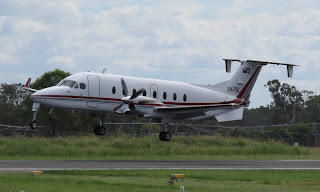 Also Virgin Australia Boeing B737-800 VH-YVC was photographed on Monday arriving from Brisbane as VOZ1243. 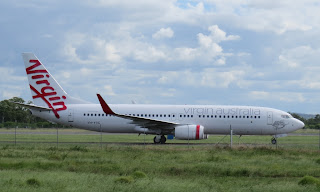 Another Virgin Australia B737-800 to be spotted at Rockhampton Airport was VH-VUK, which 'IAD' photographed arriving from Brisbane as VOZ1245 on Sunday 7 April. 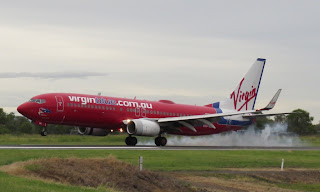 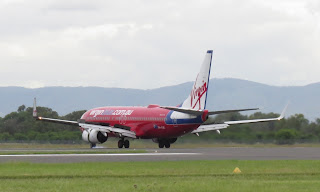 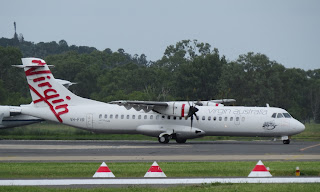 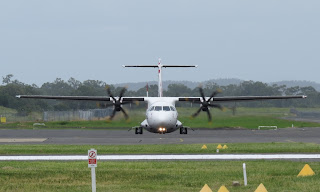 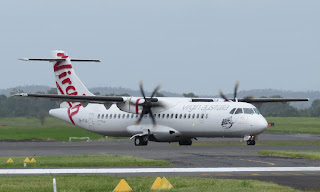 As we reported, on Saturday 6 April Rockhampton Airport played host to RAAF Canadair CL-600-2B16 Challenger 604 A37-002, which is operated by the VIP 34 Squadron in Canberra.  Rockhampton plane spotter Ben O happened to be driving past the Airport and called in for a quick photo. 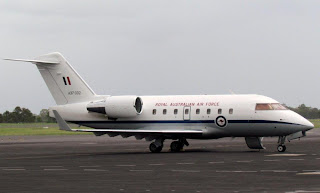 While he was there, an even bigger surprise greeted him in the form of six Australian Army Commonwealth CA-32 (Bell 206B/OH-58A) Kiowa helicopters. 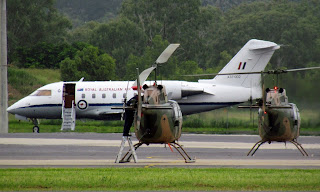 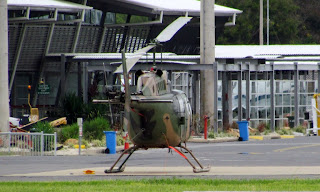 Lastly, on Thursday 4 April, a pair of RAAF Boeing C-17A Globemaster III transport aircraft performed missed approaches at Rockhampton Airport.  It is believed that A41-207 ("Stallion 27") and A41-208 ("Stallion 24") were the aircraft.