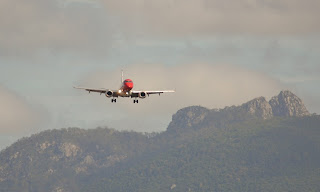 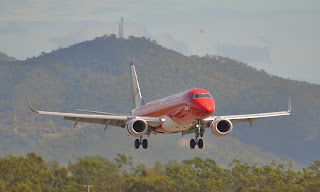 As these marvellous photos taken by Jamie C show, Virgin Australia Embraer E-190 VH-ZPO touched down at Gladstone Airport on Saturday 13 April as VOZ1709 from Brisbane complete with the same white panel on its normally red underbelly between the wings. 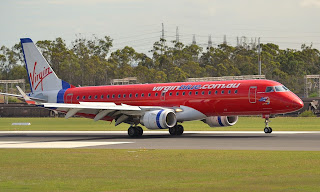 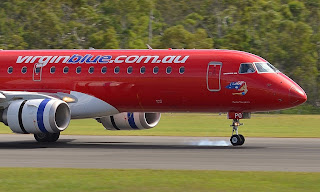 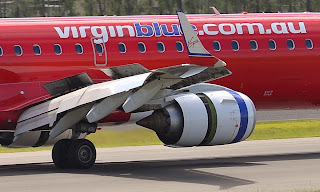 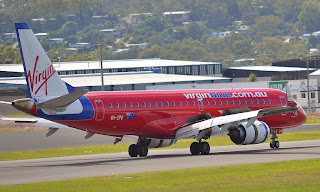 Sister-ship VH-ZPL is the other Virgin E-190 to now wear one of these white panels - as spotted earlier this week at Rockhampton (See Blog Post HERE). 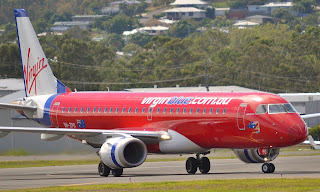 Also spotted at Gladstone Airport early on Saturday 13 April was QantasLink Dash-8-Q400 VH-QOF as it departed for Brisbane on the last leg of the QLK2301 flight that originates in Cairns and flys via Townsville, Rockhampton, and the Gladstone. 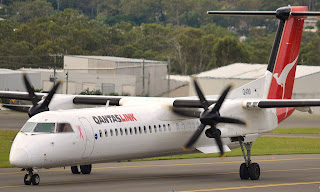 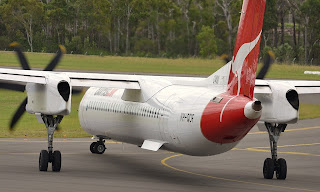 Lastly, QantasLink Dash-8-Q300 VH-SBW was spotted by Jamie as it arrived and later departed as QLK2308 which flys from Brisbane to Cairns via Gladstone, Rockhampton, and Townsville.

A great start to the day at Gladstone Airport - my sincere thanks to Jamie C at Gladstone for yet again sending through some fantastic photos of the action!