Some Fantastic Plane Spotting Photos from Gladstone Airport on Tuesday

Gladstone Plane Spotter Jamie C lives right beside the main runway at Gladstone Airport, and his front balcony make for a perfect plane spotting location to watch and photograph the various aircraft that arrive and depart from Gladstone Airport.  During the afternoon of Tuesday 9 April Jamie enjoyed a fantastic afternoon of plane spotting, he has kindly sent through some of the exceptional images that Jamie is known for. 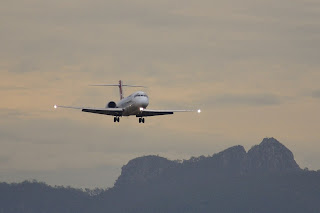 Probably the highlight of the afternoon was the visit of McDermott Aviation / Heli-lift Australia Bell 214B-1 Big Lifter helicopter P2-MSA. 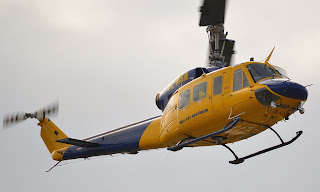 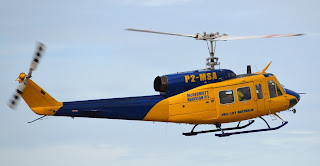 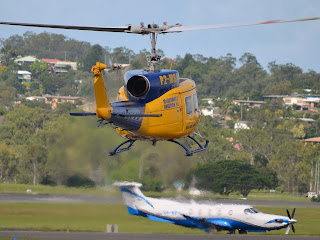 The Papua New Guinea (PNG) registered chopper took on some fuel and departed to the South. 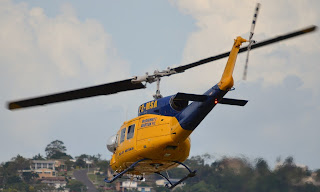 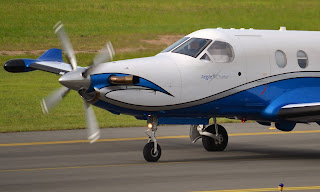 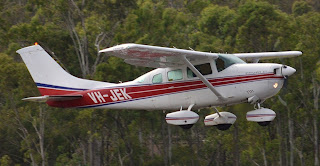 DND Aviation Raytheon G36 VH-JKZ popped into Gladstone Airport from Redcliffe and is pictured departing back there later in the day. 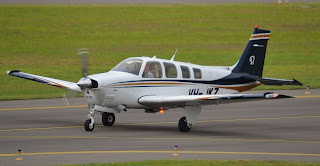 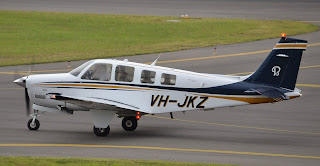 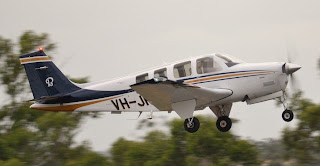 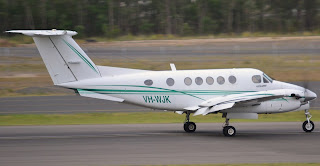 Another Beech B200 King Air - VH-LQR - which is an ex-Royal New Zealand Air Force (RNZAF) aircraft that was delivered to Australia at the start of the year - was also noted at Gladstone on Tuesday 9 April.  VH-LQR appears to based out of Archerfield and departed Gladstone for Melbourne (Essendon).

Towards the end of the day, resident Careflight Bell 412EP VH-XCY was photographed by Jamie as it departed to Rockhampton. 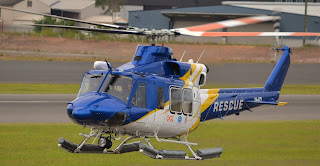 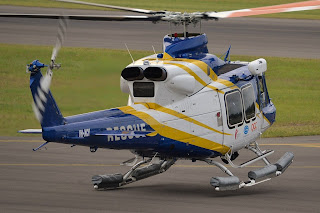 As VH-XCY prepared for departure, Virgin Australia (Skywest Airlines) ATR 72-600 VH-FVP was captured as it touched down at Gladstone Airport as VOZ1715. 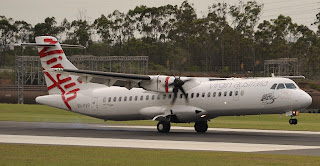 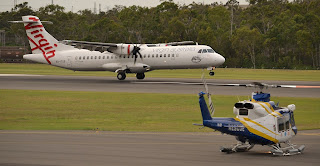 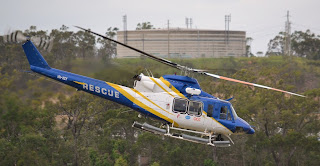 A great afternoon and evening of plane spotting at Gladstone Airport was topped off by Jamie with a fantastic image of the evening QantasLink Dash-8 and Virgin Australia ATR 'tails' as they were parked at their gates on the Gladstone Airport apron. 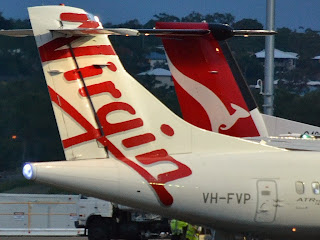 Thanks Jamie for these fantastic images - you are truly one of Central Queensland finest aviation photographers - and it is great to have your continuing support!