Local media reports over the last week or so have indicated that the Rockhampton Regional Council Mayor Margaret Strelow believes that "something needs to give" because the debts for Rockhampton council following de-amalgamation were too great, with one third less of the population to pay them. 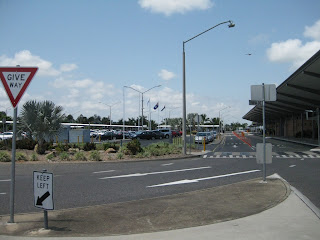 She said there are several options of what facility the council may end up surrendering, including Rockhampton Airport.  If the airport was sold - for an estimated $160 million - Cr Strelow said $80 million would go towards paying debt while the other half would be invested in bonds, the interest of which would be used for the council to conduct its usual business. 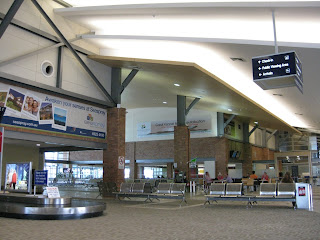 However news of the possible airport sale has drawn a generally negative response from the Rockhamton public.  One online poll conducted by The Morning Bulletin newspaper found that 57% of people who responded opposed the sale of the airport, while only 38% of people were in support of the idea.

Meanwhile, the Rockhampton Regional Council is cracking down on dangerous parking near Rockhampton Airport.  Many travellers are parking along Hunter Street - near the airport entrance - to avoid paying for parking, but the situation is becoming dangerous for the public.

Concerns over public safety were raised over the Easter break and Council has moved fast on the matter by  placing 'No Standing' signs on Hunter Street, near the Canoona Road turnoff, to fix the problem.

A No Standing parking fine is $44. 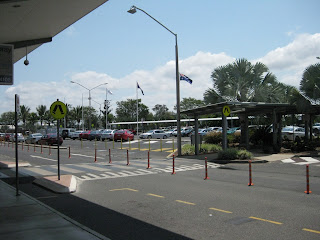 Council says parking on Hunter Street is a big issue, with people trying to avoid paid parking.  Council reportedly earns about $760,000 net annually from paid parking at the Airport.
Posted by Damian F at 5:05 PM