During a busy afternoon at Rockhampton Airport on Friday 26 April, a lovely pair of bizjets arrived into the Beef Capital, with one reportedly bringing Australian golf legend Greg Norman to town for a property launch on Great Keppel Island this weekend.

First to touchdown was Gulfstream Aerospace G-IV N524AN, which is pictured arriving from Melbourne (Essendon).  It is believed that the 'Shark' arrived into Rockhampton on board the G-IV. 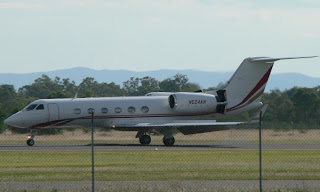 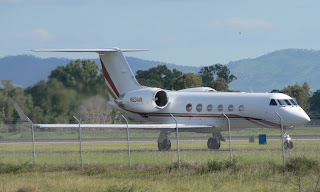 Shortly after, Bombardier CL-600-2B16 Challenger 604 VH-EVJ also touched down at Rockhampton, this time from Sydney. 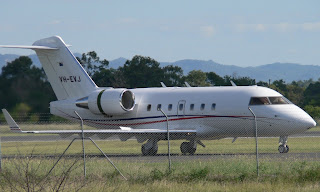 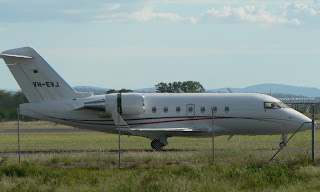 The Challenger is operated by Sydney Jet Charter but owned by Tower Holdings - the developer behind the proposed $600 million resort project on Great Keppel Island featuring a Greg Norman designed golf course.

Sincere thanks to Rockhampton plane spotter Don W who managed to duck out of the office to capture these fantastic images of a lovely pair of bizjets to visit Central Queensland.