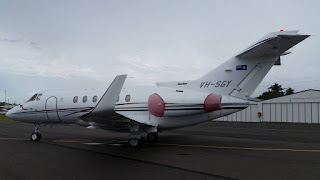 The Queensland Government's Community Cabinet meeting was held in Gladstone over the weekend and as a result the Government's (State of Queensland) Raytheon Hawker 850XP bizjet VH-SGY touched down at Gladstone Airport early on Sunday 31 January from Brisbane. 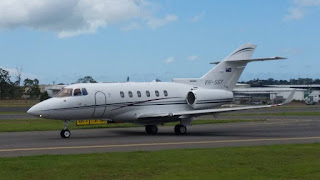 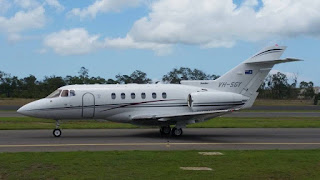 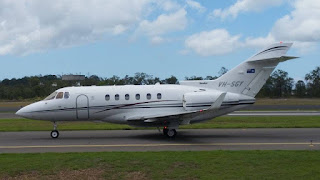 It was parked and stayed for the night.  VH-SGY departed to Mackay on Monday 1 February.  It later returned to Brisbane. 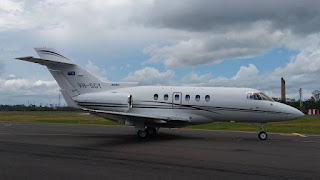 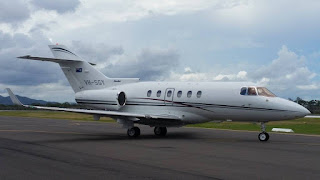 Meanwhile, another visitor at Gladstone Airport, which I presume was in town providing aerial surveillance and reconnaissance in support of the visit by the Queensland Premier and other Ministers, was the Queensland Police Service (Airwing) (State of Queensland) Cessna 208 Caravan VH-PSQ, which was captured early on Sunday after arriving the previous day. 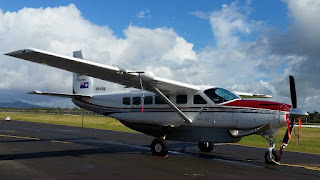 On Saturday 30 January, VH-PSQ was noted flying South from Mackay and performed several circuits in the skies above Gladstone, presumably on an aerial surveillance type flight.  I assume that there is camera equipment in the cargo pod on the underside of the aircraft. 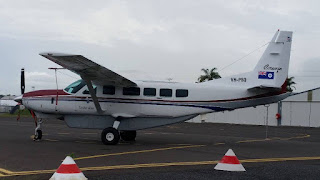 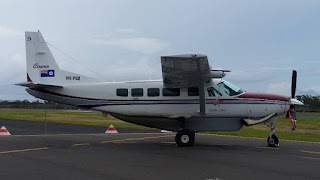 VH-PSQ departed and then eventually returned to Gladstone Airport over the course of Sunday 31 January and was reportedly still parked at Gladstone on Monday 1 February.

Finally, it's also worth noting that on Saturday 30 January, fellow Queensland Police Service (Airwing) Cessna 208 Caravan VH-PSY operated from Cairns to Mackay Airport and back.

Sincere thanks to Col for sending through these great photos from Gladstone Airport!