A nice King Air in the form of Easternwell Beech B200C VH-HPP was noted visiting Gladstone Airport from Toowoomba early on Wednesday 3 February.  It then departed to Chinchilla.


Later on Wednesday 3 February, VH-HPP returned to Gladstone Airport from Chinchilla before returning to its Toowoomba base.

Of interest, VH-HPP was one of four King Air turboprops that were operated by 173 Squadron of the Australian Army during the late 1990s and early 2000s.  VH-HPJ, VH-HPX and VH-HPZ were the others and each of these have since left Australia. 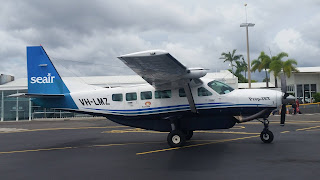 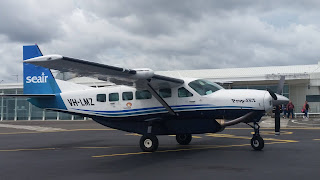 Its exact movements are not known but I presume that it may have been operating some sort of Fly-in Fly-out (FIFO) flight.